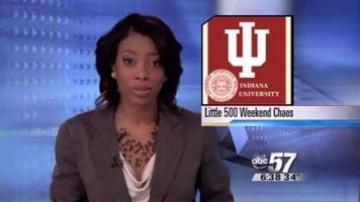 BLOOMINGTON, Ind. – Record citations were made at what's called the greatest college weekend in America.

This all happened the same weekend where 20-year-old IU student Linden Whitt of Mishawaka died Saturday after falling from a balcony at a party early Friday.