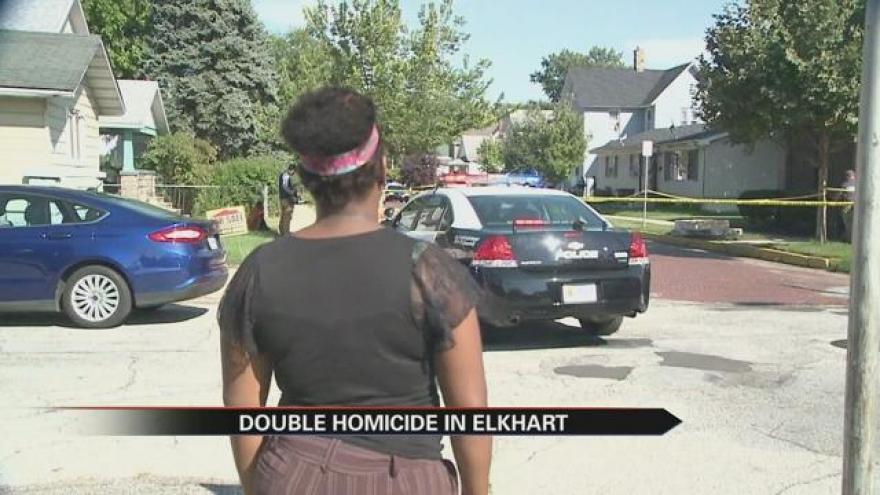 The names’ of two men shot and killed in Elkhart on Tuesday afternoon have been released. The two men, Antonio McClain, 29-years-old and Anthony McClain, 25-years-old were brothers.

The two men were originally from Saginaw, Michigan but were living in an apartment on State Street in Elkhart. The brothers were shot and killed in their stairwell.

Police say they believe a fight lead to gunfire. Detectives are still investigating and have interviewed one person.

The Elkhart County Coroner says both of the victims died from gunshot wounds.

Neighbors to the two brothers say they were known as Tank and Tone.

"He used to, every time he see me he’d be like what’s up sis and I used to always wonder why is he calling me sis, but that’s the way they were. They were loving people,” says Olie Lax a neighbor and friend to the victims.

Lax also lives in an apartment at the house on State Street where the McClains died.

Lax says over the past several months she and the guys became as close as family and in just a matter of moments the brothers also became this year's 9th and 10th murder victims in the city of Elkhart.

"Any time you have a city of our size and you lose 10 people to homicide that’s a lot, but they were either targeted and none of them were random,” says Sergeant Chris Snyder with Elkhart Police.

Sergeant Snyder says detectives still do not have a motive but they believe a fight led to Antonio and Anthony McClain’s deaths.

Sergeant Snyder adds they need the community’s help to solve and stop these types of crimes.

“If you think there is a problem house give us the opportunity to look into that before something like this happens,” says Sergeant Snyder.

Lax says she never saw any suspicious activity around the McClain brothers.

"I just ask people not to look at them that way because they were good guys,” says Lax.

Police are asking for the community to contact them if they see anything suspicious; and community members are asking their neighbors to not lose hope.

"It’s starting to get redundant right now, it’s kind of sad it’s really sad because we are at a crisis right now and people are starting to give up," says Damond Smart who lives in Elkhart.