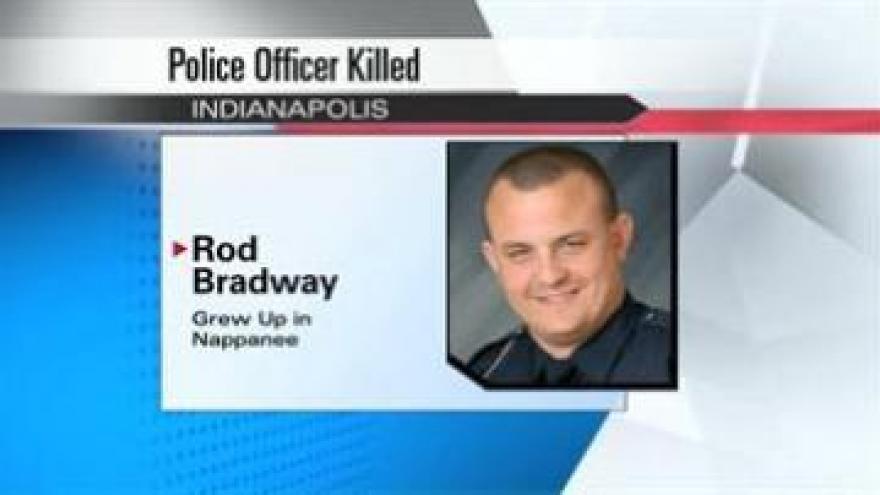 Bradway had been on the police force in Indianapolis for 5 years.

At his former high school and middle school, coaches spoke about Bradway with fondness and admiration.

"If I was going to have a son I couldn't have asked for someone better than Rod was. The first time I saw him come in I knew he was someone special," said Myers.

Bradway is survived by his wife and two kids. He was just 41 years old.