Charges filed against suspect in fatal hit and run on E. McKinley Avenue

MISHAWAKA, Ind. -- The St. Joseph County Fatal Crash Team has made an arrest in the fatal hit and run that happened on East McKinley Avenue Thursday night.

The driver was identified as 26-year-old Vincent B. Hunter Jr. He has been charged with leaving the scene of an accident, a level 6 felony.

Mishawaka Police were called to E. McKinley Avenue and Filbert Road around 10:45 p.m. to investigate a crash.

When they arrived, they found 50-year-old Lester Horral deceased in the roadway, a bicycle nearby and evidence of a collision between the bike and a vehicle.

One witness told police he was traveling east on McKinley behind a red vehicle that was swerving. He said he saw a light from a bicycle in or near the westbound lane, heard a loud noise, then saw someone go airborne, according to the probable cause affidavit.

The witness said the driver of the red vehicle did not stop following the collision.

Police reviewed video footage from a nearby business and it showed the crash and the driver leaving the scene, reports said.

Based on evidence at the scene, investigators determined the vehicle involved was a red Nissan.

Friday morning, Elkhart Police contacted FACT that a vehicle matching the description of the suspect vehicle was located at an apartment complex there.

FACT investigators went to the complex and found the damage to the vehicle consistent with Thursday night's collision.

The registered owner of the vehicle, Hunter, admitted during questioning he was driving the vehicle when the crash happened and that he failed to remain at the scene, according to the probable cause affidavit.

Hunter said he had his girlfriend and children in the car at the time, but said he didn't know what he hit.

Hunter told investigators his license is suspended and he knows he shouldn't be driving, according to reports. 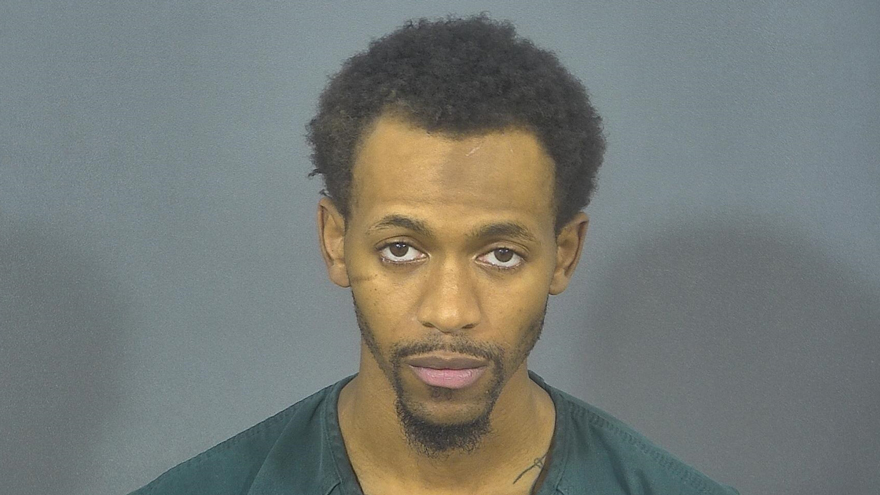