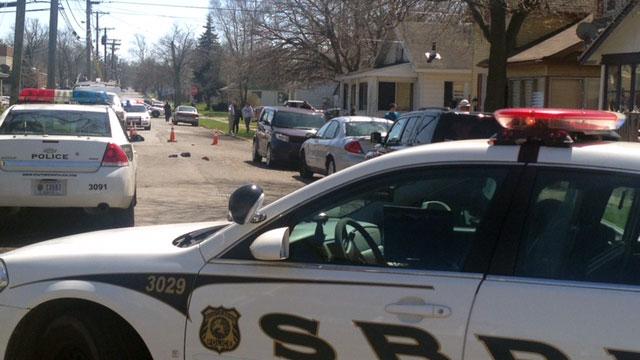 South Bend Police responded to the scene of an accident involving a vehicle and multiple pedestrians Friday afternoon.

Police said the driver of a maroon Toyota Corolla was speeding while turning the corner of Dubail Avenue onto Dale.

He swerved several times after almost hitting a utility worker on a ladder.

"Appears that he over corrected and went off the road way, over corrected again and went back onto the roadway striking at least one and possibly three pedestrians," said Brad Rohrscheib of the South Bend Police Department.

According to dashcam video provided by a witness, a woman holding a baby and a little girl were struck.

The driver then left the car in an alley and the passenger and driver fled the scene.

The passenger was located and questioned by police.

The driver has not been located.

Police say the pedestrians were taken to the hospital. Their injuries are not believed to be life threatening.