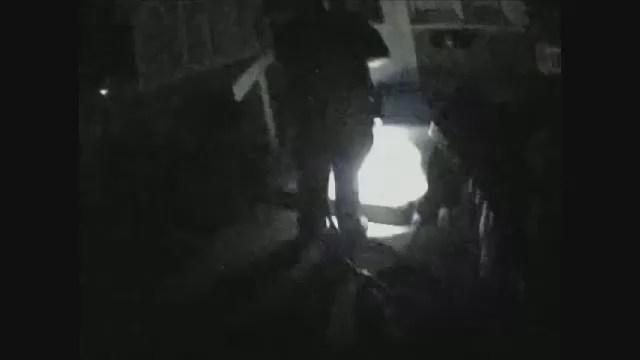 The Benton Harbor Department of Public Safety released the body cam footage of a police officer who was at the scene of the Benton Harbor shooting early Tuesday morning.

The video appears to be very dark during most of the footage due to the time the shooting happened.

The video shows the shooting from the view of one of four police officers who were at the scene just before leaving the home.

The person speaking to the officers was the home occupant.

Police say the video goes mute for about 12 seconds to protect the occupants name and date of birth while she was talking to the officers.

Around 47 seconds, gunfire begins and officers at the scene run for cover.

Police say after this particular officer jumped the fence, you’ll see him turn to fire as he believed he was being chased, however this is not the officer that shot the suspect who was killed.

Police say the officers continued to seek cover and the segment ends.