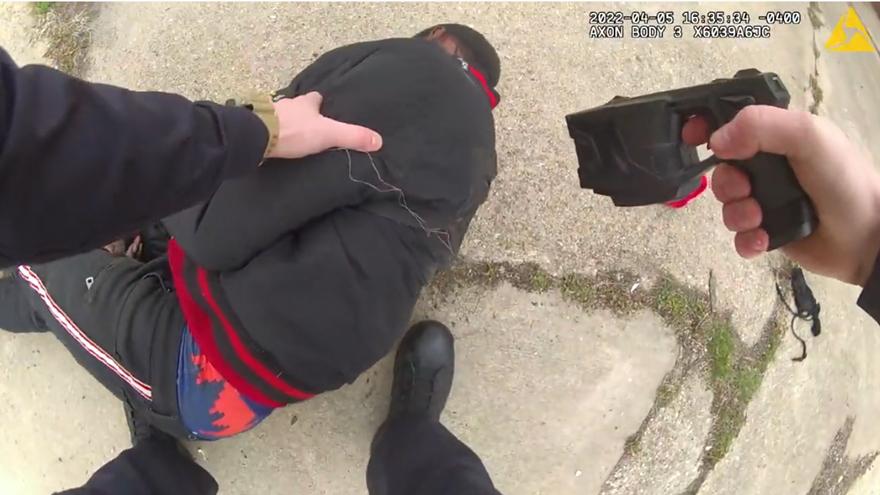 MICHIGAN CITY, Ind. – A man who allegedly ran from Michigan City Police suffered injuries as a result of being tased.

On Tuesday, police responded to the 1000 block of W. 9th Street for a suspicious vehicle chasing 2 men who were walking. Reports indicated one possibly had a weapon, police said.

Officers responded to the area and located a man who was wearing clothing similar to one of the subjects and conducted an “investigative stop,” police said.

Police said they could not confirm the identity of the 26-year-old man. He was later identified as Tahir Kelly.

When they attempted to take him into custody, the man ran from police.

Police deployed a taser, which caused the man to fall and suffer injuries to his face, reports said.

While awaiting an ambulance, police retrieved a gun from Kelly's person.

Kelly was taken to the hospital for medical treatment. Due to his injuries, he was released from police custody.

Because of social media posts regarding the incident, Police Chief Dion Campbell held a meeting at the department to allow family members, Mayor Duane Parry, a member of the common council, a member of the Ministerial Alliance and the LaPorte County NAACP to view the body camera footage.

After reviewing the body camera Chief Campbell supported the actions of the officers and that they acted in accordance with the law and with professionalism.

The case has been forwarded to the prosecutor’s office for possible charges against the man for false identity statement, resisting law enforcement and carrying a firearm without a permit.