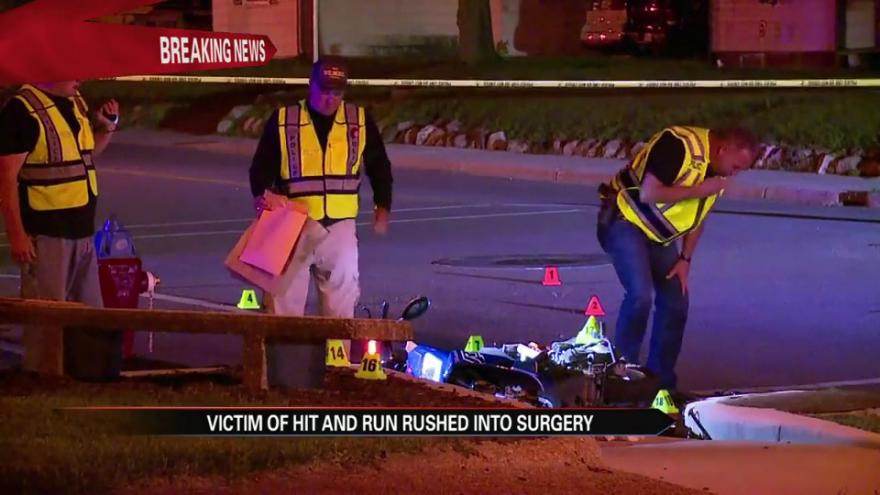 MISHAWAKA, Ind. -- The Mishawaka Police Department released the name of the moped driver who was injured in a hit and run crash late Monday evening.

The crash happened around 10:40 p.m. in the area of Cedar and 3rd streets.

The moped was traveling north on Cedar and was attempted to turn left onto 3rd when an SUV pulled into the intersection and hit the moped.

Police said the driver of the moped, 54-year-old Tracy Jacobs, was taken to the hospital with a severe brain injury.

The St. Joseph County Fatal Crash Team was activated and is investigating.

They are trying to locate the driver of the SUV that hit Jacobs' moped. It is described as a newer black SUV with probable front end damage.

If you have any information, please contact the Mishawaka Police Department at 258-1678.