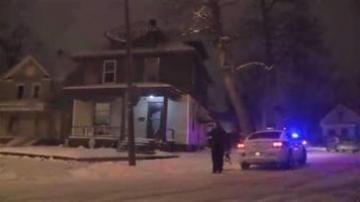 SOUTH BEND, Ind. — A South Bend family is shaken up after three men broke into their home on the city's west side.

Police say that just before 10 p.m. on Wednesday, the suspects robbed the people inside of the home on Lincolnway West. The suspects then fired a shot before taking off.

According to police, the suspects got away with $500 and a cell phone. Investigators later found the phone in the snow.

Officers said they found footprints in the snow but were not able to track them very far.

No one was hurt and no arrests have been made.

Police believe the incident maybe connected to another home invasion across the street the night before.