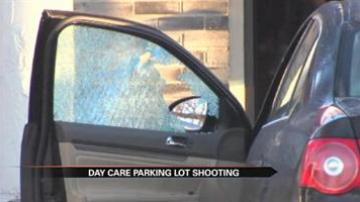 INDIANAPOLIS -- Indianapolis police are searching for a man who they say shot his ex-wife several times in front of their kids at daycare.

The man they are looking for is 33-year-old Christopher Justice.

The victim says he shot her Tuesday morning while she was walking back to her car after dropping off their kids.

Some parents picked up their kids early after hearing about the shooting.

According to police, no children were outside when the shooting happened.

The victim was listed in critical condition.