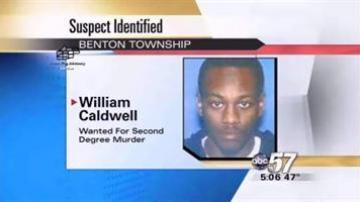 BENTON HARBOR, Mich. -- Police in Benton Harbor are looking for a man who’s a suspect in another deadly shooting that happened over the weekend.

Investigators in Benton Township say he shot 22-year-old Xavier Steward Sunday afternoon. He was found on the sidewalk of Lavette Avenue.

Police rushed him to Lakeland hospital in St. Joseph where he was pronounced dead.