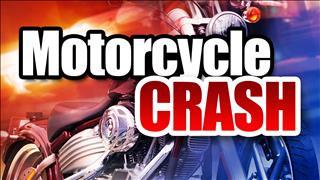 Saint Joseph Township Police were dispatched to a personal injury accident on I-94 Saturday near the Niles Road overpass.

Officers were told that an eastbound vehicle had struck a motorcycle around 1:30 p.m. and that the vehicle fled the scene.

Witnesses say he was last seen exiting I-94 at the Niles Road exit.

The suspect vehicle was described as a newer model Toyota Camry, silver in color, and was being driven by an older male subject with grey hair, police say.

The motorcyclist, 34-year-old Anthony Whitehead, was transported to Lakeland Hospital where he was treated for injuries from the accident.

He is said to be in stable condition.

Saint Joseph Township Police requests that anyone with additional information on the incident contact their office.