Police searching for suspects in shooting 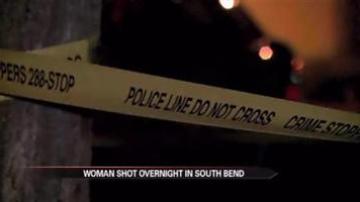 SOUTH BEND, Ind. — Police in South Bend are investigating a shooting that happened just before 1 a.m. on South Sheridan Street.

Police say the victim is a 20-year-old female who lived at the home.

She and a witness told police they heard a noise outside and opened the front door to check it out.

That's when they say they saw two men across the street about 50 yards away.

They then heard a gunshot and the victim realized she had been shot. The bullet went through one leg and into the other. She has been released from the hospital.

When police got to the scene, the suspects were gone. But officers did find something else at the scene.

At least five cars had their tires slashed. Police say the are not sure yet if the two incidents are related.

Meanwhile, people living on this street area ready to find a new place to live.

Police were told the bullet that struck the 20-year-old went through on leg and into the other. At this time we are hearing the victim should fully recover.