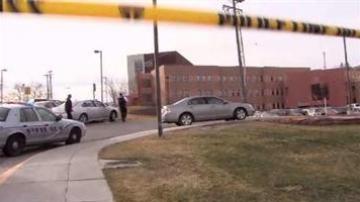 CASPER, Wyo. -- Wyoming police say Jim Krumm, a college professor, killed in his classroom over the weekend is a hero.

His son Christopher is accused of shooting him with a bow and arrow, after killing Krumm's girlfriend.

The police chief said the professor fought back after he was hurt giving students a chance to run.

“The suspect stepped into the classroom where Professor Krumm was getting ready to begin the day, fired one arrow and struck the professor in the head,” said Chief Chris Walsh of the Casper Police Department. “Even though mortally wounded, he fought the suspect off. The students in the room were all able to escape during the altercation because of the courage of the professor.”

Police said the son later died from a self-inflicted stab wound. They don't have a motive for the violence, but said he drove from his Connecticut home to Wyoming with the intention to kill.