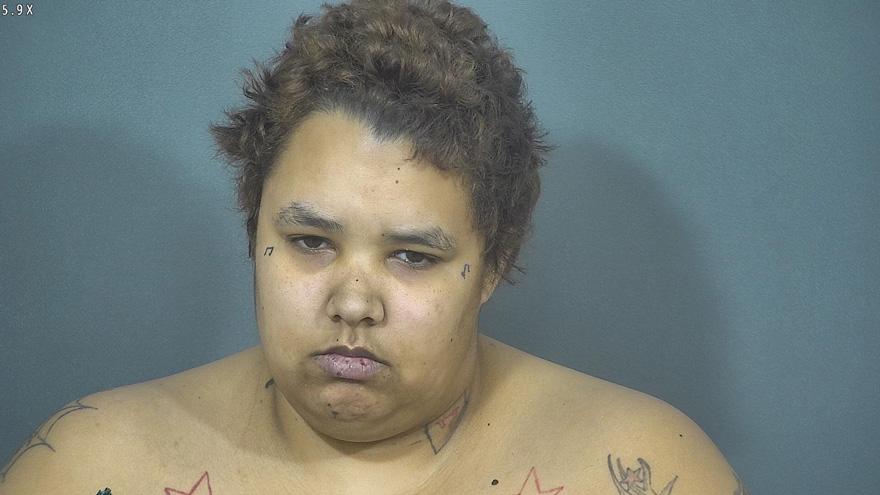 ST. JOSEPH COUNTY, Ind. -- A 28-year-old woman who was upset with the birthday gifts her mother gave her, threatened to kill her mother and the police conducting the investigation, according to court documents.

On February 5, St. Joseph County Police were called to the 12000 block of Kern Road to investigate a threat Elizabeth Gerber made against her mother, according to reports.

When officers arrived, the victim told police her daughter, Gerber, was upset about the birthday gifts she received the day before and had been texting her threats all day, according to reports.

Gerber wanted her mother to give her cash, reports said.

Officers examined the victim's phone and saw a text that read, "I'm coming to get my [expletive deleted] money n if u don't give it to me I swear on everything I love I will kill u," according to the probable cause affidavit.

While at the victim's home, she received additional texts from her daughter. In one text, Gerber allegedly said she knew the police were there and if they continued the investigation, she would kill them, according to the probable cause affidavit.

Gerber then allegedly said she would wait until the police left and when they did, her mom would be "done," according to reports.

While officers were at the victim's home, another officer located Gerber in the parking lot of Grissom Middle School. When the officer drove near Gerber, Gerber pulled out of the parking lot and traveled down Kern Road at a high rate of speed, reports said.

Once Gerber go to the victim's home on Kern Road, there were other officers waiting with their lights activated and she stopped, reports said.

While taking Gerber out of her vehicle, officers heard a police radio. Officers determined that's how Gerber knew police were at the victim's home.

Gerber was taken into custody on one count of resisting law enforcement, two counts of intimidation and one count of unlawful use of a police radio.

A no contact order has been issued in this case.