Potent winter storm to deliver a half-foot or more of snow to parts of Tennessee, North Carolina 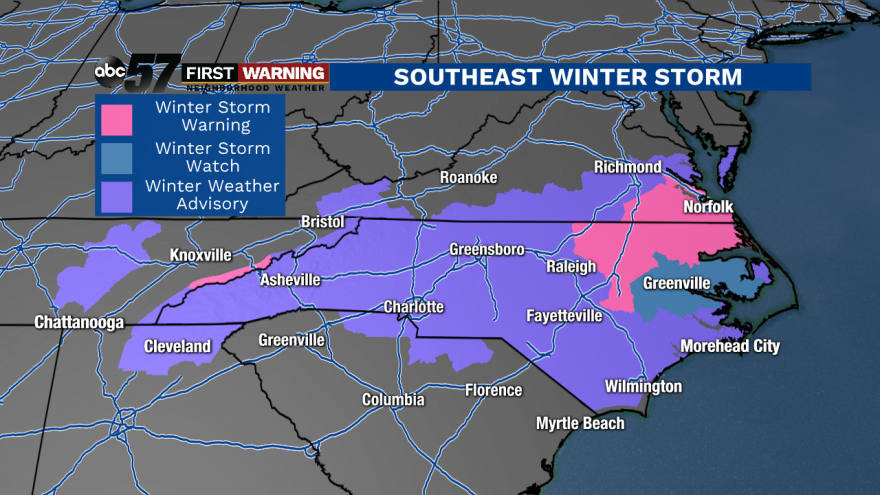 In a winter that hasn't featured much snow here in Michiana, it just seems odd that a significant winter storm is set to impact parts of the Southeast.

But that's exactly what is going to happen Thursday afternoon thru Friday morning in parts of Georgia, North Carolina, South Carolina, Tennessee and Virginia. 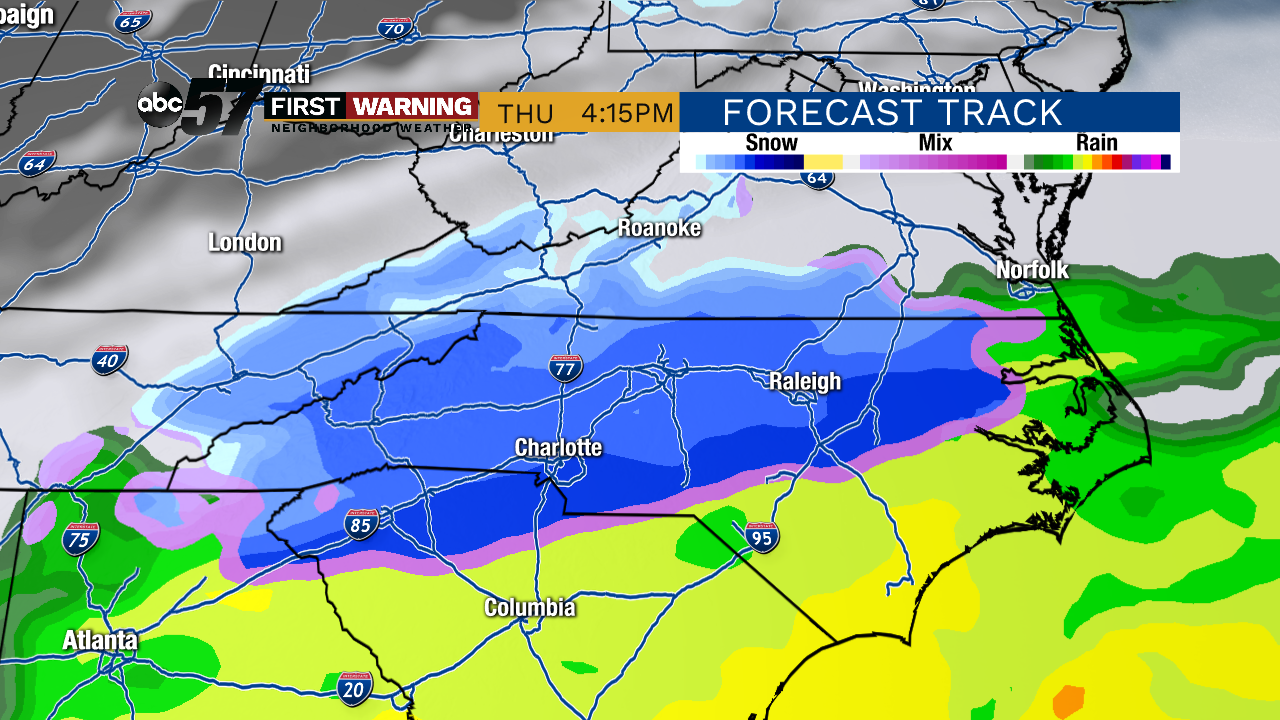 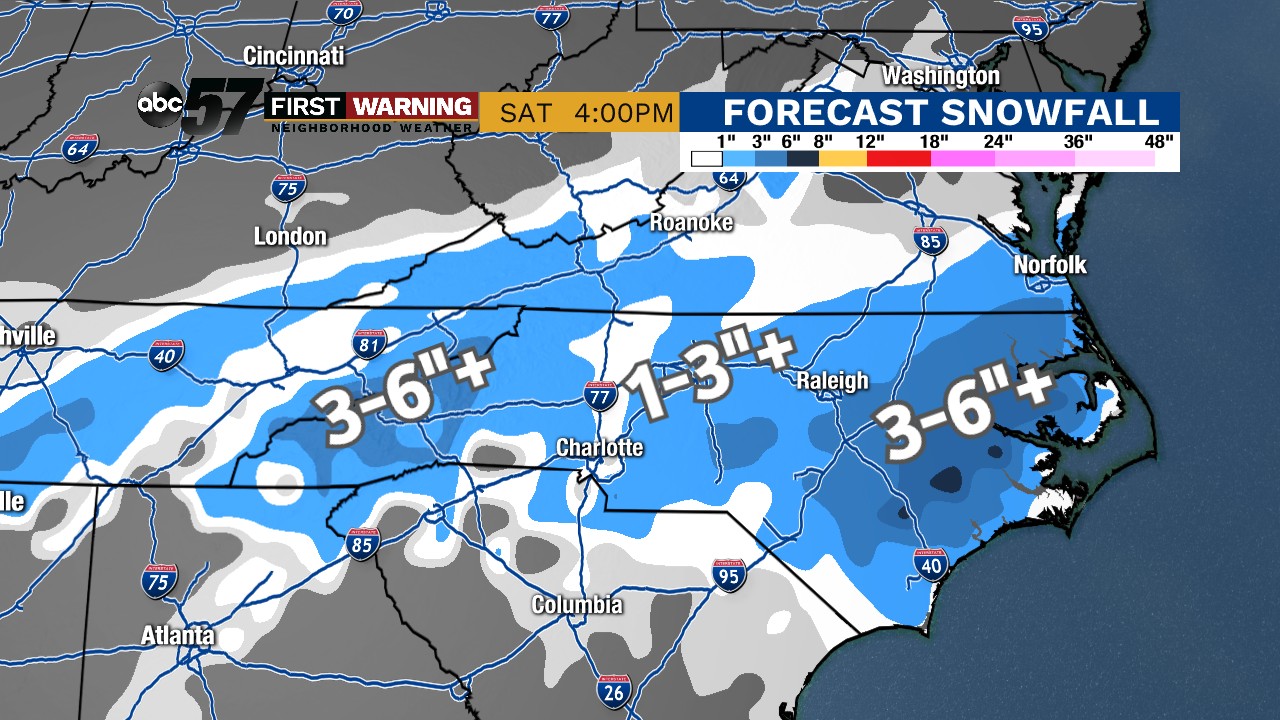 Potential snowfall totals thru Friday morning.
Snow isn't unheard of in these locations, but seeing several inches of snow isn't something that happens all that often.

The areas expected to be hit the hardest include the mountains of eastern Tennessee and western North Carolina, in addition to the eastern third of North Carolina. 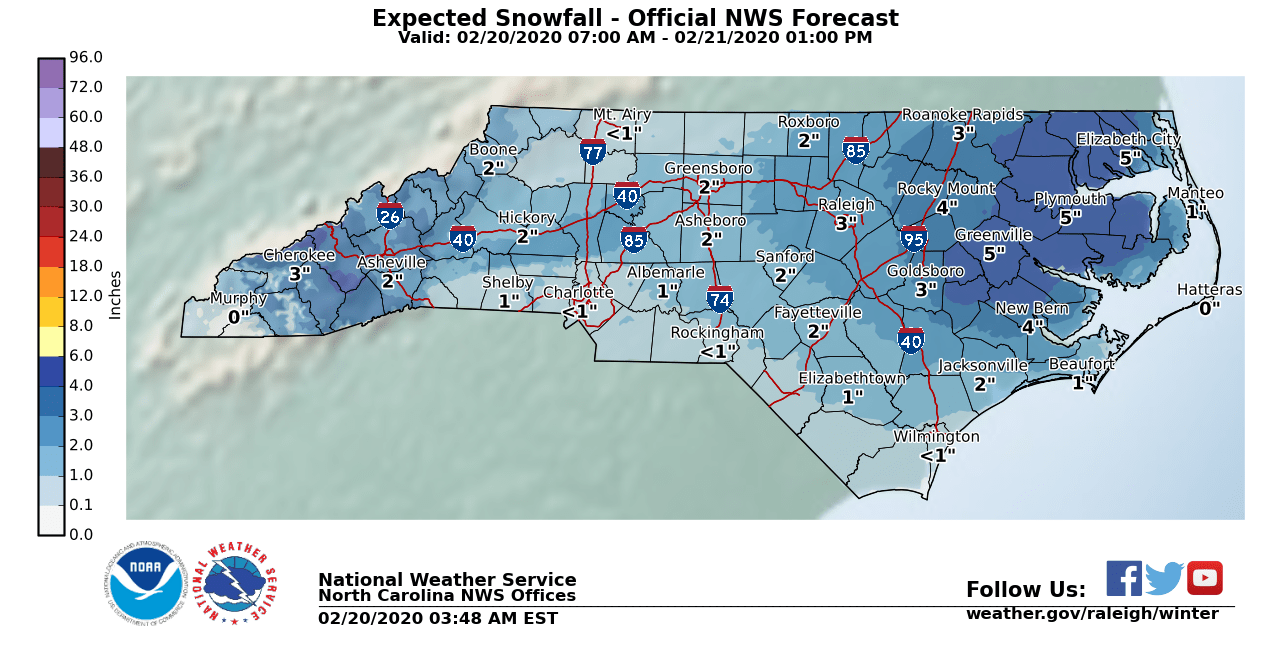 Official North Carolina snow forecast. Many of these numbers could go up as heavy snow rates are possible. NWS
Parts of southeastern Virginia are likely to get hit pretty hard as well with several inches of snow in the forecast. 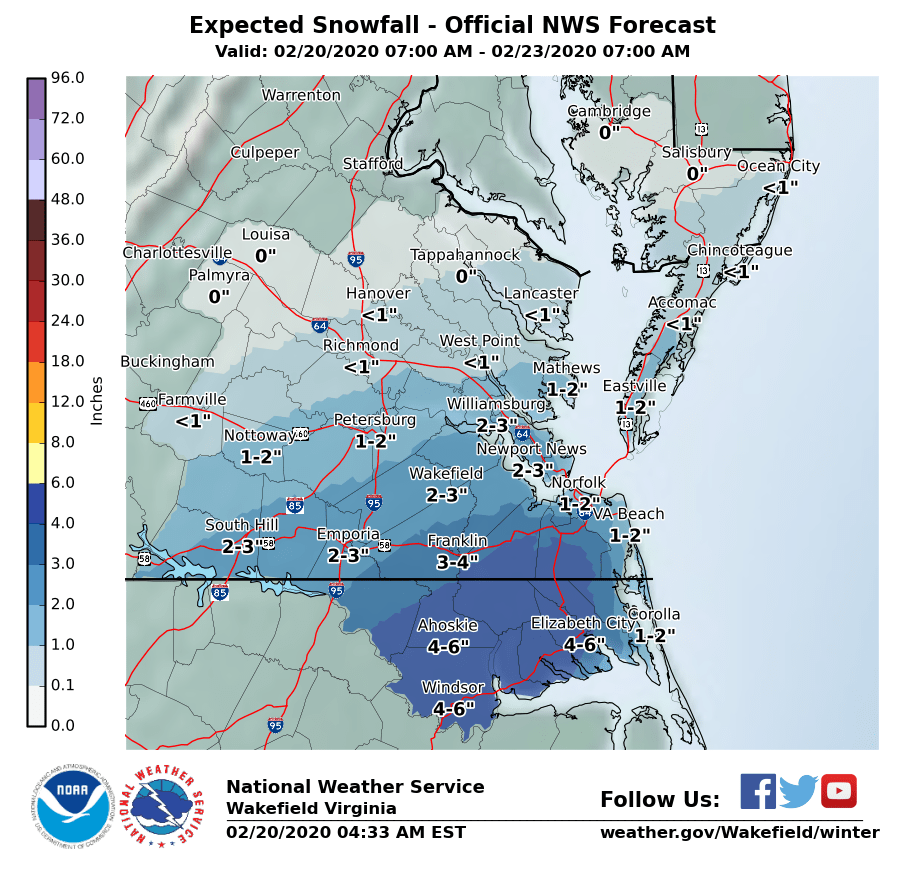 Official snowfall forecast for southeastern Virginia. Some of these totals could go up as heavy snow rates are possible. NWS
Cities included in the zones of heaviest snow include Gatlinburg in Tennessee, Norfolk, Virginia Beach and Newport News in Virginia, and Raleigh, Durham, Greenville, Rocky Mount, Greensboro, and Winston-Salem in North Carolina.

While totals of 2-6" may not seem significant, snowfall totals of that magnitude simply don't happen much in those regions.

The central NC snow drought should end at 437 days today. The last measurable snow at our official climate locations was December 10, 2018 when Raleigh had 1.9 in. and Greensboro had 0.8 in. Probabilities of getting measurable snow is 87% in Raleigh and 85% in Greensboro. #ncwxpic.twitter.com/5fAHFyBmGM

Plus, it's still entirely possible for the snow to fall heavily enough to "surprise" some areas with more snow than expected. Some areas could see 6-10" if things set up right. 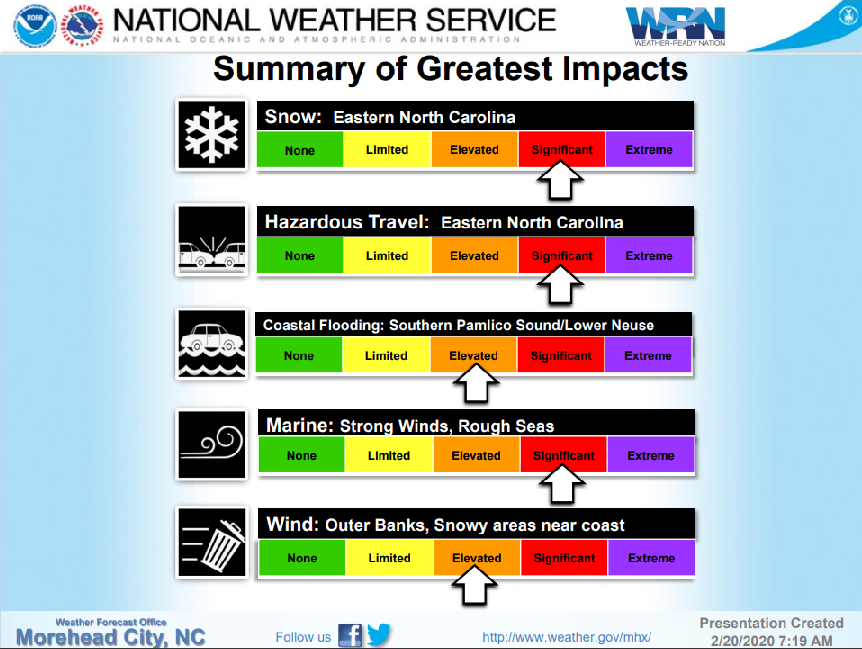 Winter storm impact scale for eastern North Carolina. NWS
Even if snowfall totals wind up staying in the 2-6" range, there will be "elevated" to "significant" impacts on most roads, highways and interstates.

Significant slow-downs, traffic jams and even road closures are a distinct possibility with a winter storm of this magnitude in the Southeast.

To put it into a local perspective, let this sink in: some parts of Tennessee, North Carolina and Virginia could get more snow with this one storm than South Bend has gotten with any winter storm all season (6.8").