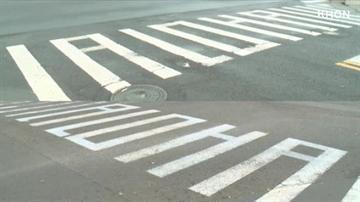 HONOLULU, Hawaii (CNN) -- Someone in Hawaii decided to get clever and painted the word aloha over some crosswalks in the Honolulu area.

Some people in the area say they don't see any problem with the message.

Folks are even stopping to get their pictures taken with the crosswalks.

They're calling it an act of vandalism that will cost money to fix.

"We now have to go back and detail a crew to go and remove all the markings that were put in place to spell the word Aloha," said Ross Sasamura Honolulu City Facility Maintenance Director.

Officials estimate fixing just one of the affected crosswalks will cost up to $2,000.