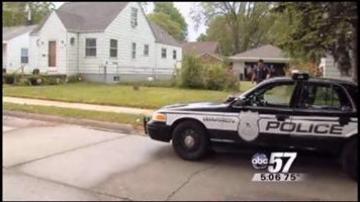 Police say she was abducted, set on fire, shot and left for dead, but amazingly she's doing alright and so is her unborn child.

She said the boyfriend witnessed the incident and did nothing to help.

”The next thing she knew she was grabbed by the throat and a gun was put to her head,” said Warren Police Commissioner Jere Green. “She was ordered to the ground. They duct taped her feet and her hands, her mouth, ordered into the back seat of the car.”

The woman said she was able to get out of the car and start rolling on the ground while on fire. That's when two shots were fired and she was struck in the back.

The woman is currently in serious condition with burns to her back and head. Police say an ultrasound showed the unborn child is healthy.

Her ex-boyfriend is in custody and they're searching for a second person.