Preparing for the inauguration 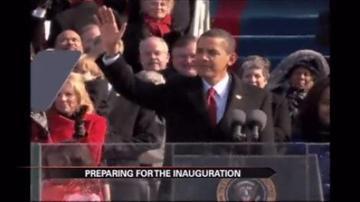 There's a big change in the works this time. Organizers are expecting half the turnout they saw in 2009.

About 250,000 people have coveted tickets for areas close to the President's platform. Four-years ago, many who had those tickets walked away angry. Thousands never got past the security entrances on the periphery of the mall.

"One of the main reasons there were such holdups four-years ago- the number-one reason was the huge amount of people, a record. But the number-two reason was that people went to the wrong gates. They had to wait in line forever, and then be told you got to go somewhere else," said Senator Charles Schumer, Chairman Committee on Inaugural Ceremonies.

This year there is an app to help attendees navigate the events. Security precautions include closing streets, coast guard patrols and air restrictions.