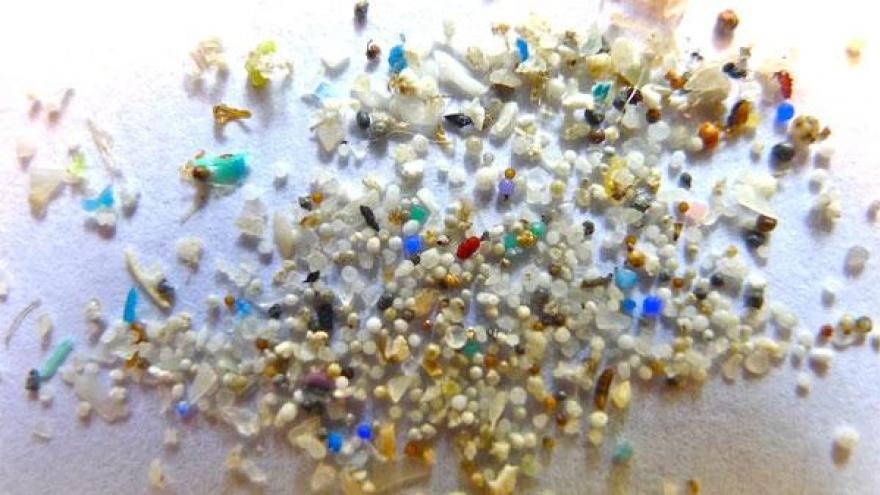 Those tiny plastic microbeads you have been rubbing on your face are now outlawed in the United States.

President Obama signed a bipartisan bill that prohibits selling and distributing products containing microbeads. The bill is intended to protect the nation's waterways.

A microbead is any solid plastic particle that is less than 5 millimeters and is used for the purpose of exfoliating or cleansing, according to the bill.

These tiny plastic beads have become ubiquitous in hundreds of products ranging from body scrubs to toothpastes. They provide an exfoliating sensation for users and are designed to wash down drains.

But because they are made of plastic, microbeads do not dissolve and may pose a threat to the environment.

In September, a study published in Environmental Science & Technology reported that more than 8 trillion microbeads were entering the country's aquatic habitats daily. The volume was enough to coat the surface of 300 tennis courts every day.

Microbeads have contributed to a greater increase in microplastic polluting the planet's oceans and lakes, researchers say.

Not only are they hard to clean up because they are about the size of a pinhead, researchers say they are also posing a threat to aquatic life.

Some marine life mistake small plastic as food particles. Scientists are researching whether microplastics affect the health of marine life once ingested and if chemicals transfer to humans who eat those species later, according to the National Oceanic and Atmospheric Administration.