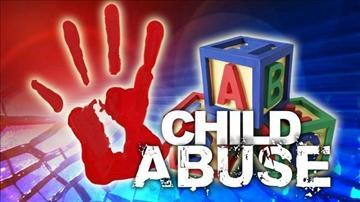 GOSHEN, Ind. - Goshen High School reported one of their students, a 16-year-old, was choked by his father on Thursday.  Goshen police are investigating the case. This case is just the latest example of child abuse happening across Michiana.  Staff members at Goshen High immediately reported the incident to police when they suspected abuse.  They specifically didn’t ask about the abuse or investigate it themselves, which is the policy for handling abuse in Goshen Community Schools.

"Because of your question, they may say something different than they would have otherwise,” explained Goshen Community School Superintendent Dr. Bruce Stahly.  “We want the child to basically tell the whole truth but we don’t want them to be lead to that truth.”

Dr. Stahly explained that at even the slightest hing of abuse, then staff in Goshen schools are required to report it to school resource officers.  But, he wishes more in the public would do the same thing.

“It’s really the whole community that needs to be involved in the effort to make sure nobody in our community is abused,” Dr. Stahly explained.

The case at Goshen High highlights the fact that child abuse is found across Michiana.  The death of 10-year-old Tramelle Sturgis in South Bend last week is just one of the more well known cases.  Statistics from Prevent Child Abuse St. Joseph County indicate that in 2009 38 children died as a result of abuse in Indiana and almost all of them could have been avoided.

"Everybody is a mandated reporter and you only need to suspect there’s abuse or neglect going on to be able to report it,” explained Stacie Bert of Prevent Child Abuse St. Joseph County.

Bert explained that there were 4,600 cases of abuse reported in St. Joseph County in 2009.  She said many people fear reporting abuse because they’re unsure whether they’ve actually seen signs of abuse or they don’t want to call police or child services to investigate a family that may have done nothing wrong.

“It may be inconvenient for some families at times, but for the families of those children that are being abused and neglectful it can save their lives,” Bert described.  “So it’s better to make that report and reach out in the hope that a child can be safe.”

She explained that the tragic example of Tramelle Sturgis should encourage the public to report abuse whenever they suspect it.

“One is too many to lose and in our community we just lost one, it’s very sad,” she said.

Bert also explained that physical abuse against children has actually decreased, but child neglect has increased.  There are many forms of abuse for people to be mindful of and to report if they suspect abuse.