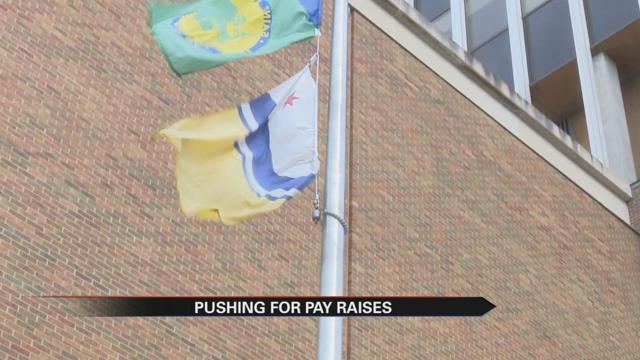 South Bend Mayor Pete Buttigieg is pushing for a higher minimum wage for city employees, a year before he promised he would.

“The sooner we can do that, the more I can speak with a clear voice asking others to follow our lead,” Buttigieg said.

The proposal wasn’t set to be put forth until next year, but Buttigieg says after looking at the budget, some wiggle room was found for acceleration.

“We were able to find enough extra earnings compared to what was expected on the income tax side that we found that we could do this,” Buttigieg said.

Aside from improving what happens in government offices, Buttigieg hopes the proposed change has a bigger reach.

“It’s something that I've been encouraging other employers to do,” Buttigieg said.

“The mayor’s proposal looks like it is progressing,” Smith said.

Smith says while opinions on minimum wage differ, raising it can have a big effect on cities.

“Advocates of a higher minimum wage, or even a liveable wage which would be higher, would say that it puts money into the pockets of workers and that money goes directly back into the economy, the local economy,” Smith said

For now, Buttigieg is waiting on the approval of the council on October 27, but he’s hoping the statement made by boosting the salary for some city employees works it’s way up and boost the local economy.

“One thing I've learned in this job is don’t wait on Congress, and that’s why we’re trying to lead by example here in South Bend,” Buttigieg said.

If passed, the raise would go into effect in 2017 for hourly employees.