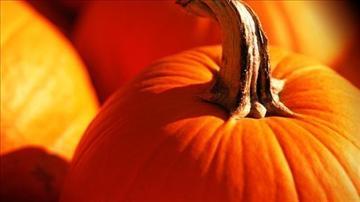 They say they needed rain to have a successful pumpkin crop but it seemed to fall everywhere, but on their farms. Once the rainfall began where they needed it, it was too late to salvage any of the good crops.

One farmer said he had a great crop for pumpkin pies and gourds but the rain inconsistencies knocked him down to about 40 percent of his local crop.

"We had rain at the end of the season when you really don't need much rain and that hurts them just as much as not having rain," said Robert Foster.

He said it has become a huge problem to grow a crop that nobody is going to want or buy after Halloween.