Putin cracks down on moonshine amid poisoning crisis 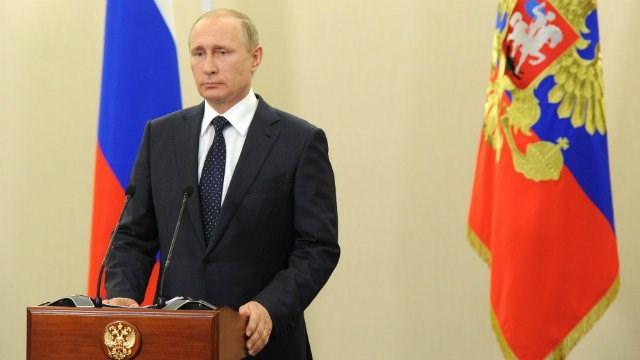 LONDON (CNNMoney) -- Vladimir Putin is cracking down on moonshine.

The Russian president wants his government to get tough on illegal alcohol sales amid a poisoning crisis in Siberia.

Dozens of people died in the Irkutsk region after drinking an herbal bath remedy containing poisonous methanol as substitute for regular drinking alcohol. The region has declared an emergency and banned sales of most products containing alcohol, according to the Russian state-run news agency Tass.

The Russian government has tried to discourage excessive drinking by raising alcohol taxes, banning advertising and introducing regulations over the past few years.

As a result, legal alcohol has become too expensive for many Russians as the country sinks deeper into economic crisis. Alcohol sales slumped 8% in 2015 and 1.6% further in the first three quarters of the year, according to official statistics.

But researchers at the market analysis company Euromonitor said the restrictions and higher taxes haven't stopped people from drinking. They have just turned to cheaper alternatives, mainly homemade and counterfeit beverages.

The poisoning deaths in Irkutsk are just the latest in Russia in recent months. The consumer watchdog agency Rospotrebnadzor says 9,300 Russians died of alcohol poisoning in the first nine months of the year.

Putin's plan includes tougher regulations on sales of products that contain more than 25% alcohol, such as perfumes and household cleaning products, as well lower taxes and duties on alcoholic drinks in hopes of reducing demand for substitutes.

The World Health Organization says about one in three Russian men suffers from an alcohol use disorder, and about one in six is dependent on alcohol.

Another study, published in the journal The Lancet in 2014, found that a quarter of Russian men die before they reach age 55, most because of high alcohol consumption.