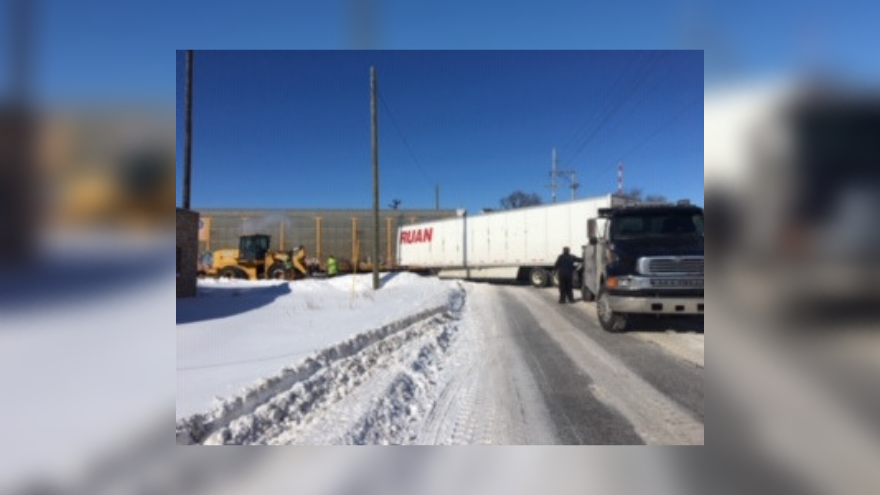 LAPORTE, Ind.—The railroad crossing on Boston Street has reopened to traffic as of Friday following an accident involving a semi-truck and train on January 30.

The driver of the semi-truck, Thomas A. Myron of Detroit, Michigan, was stalled on the railroad crossing when the train crossing arms came down around 11 a.m. on Wednesday, according to police.

The westbound train was unable to stop and struck the truck between the cab and the trailer.

The train crossing was damaged in the crash.

Police say the cause of the accident was likely the cold weather, which may have caused the fuel lines to gel.

The crossing was closed following the incident, but has since reopened after inspections and repairs.

Due to the extreme cold, patrol cameras used for the initial photos froze and additional photos could not be obtained by officers at the scene, according to the LaPorte Police Department.

The estimate of damage to the semi-tractor, cargo, and train crossing is over $100,000.