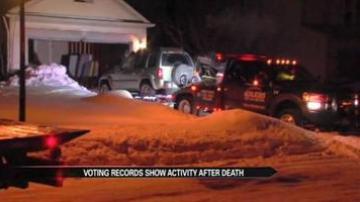 PONTIAC, Mich. -- A mummified body was found in a garage of a Pontiac, Michigan, home.

Investigators found her body in a vehicle that was parked in the garage and believe it has been there for at least six years.

Even more puzzling is voting records show that the woman voted in November 2010 but investigators believe she died in 2008.

The clerk for the city is blaming it on a computer error but her family thinks there was foul play and that she did not die from natural causes.