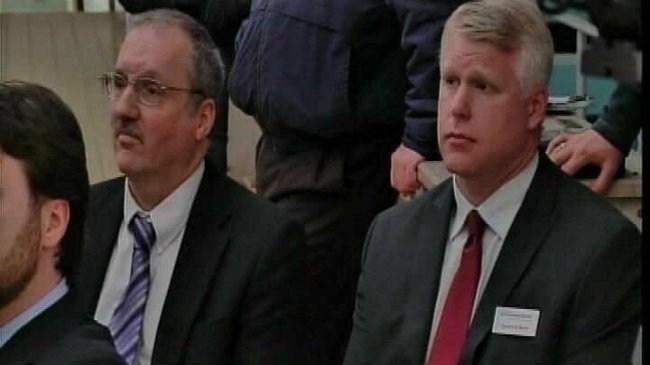 Flint, MI -- Several state of Michigan employees who are suspended for their role in the Flint water crisis have had their pay restored, according to The Detroit News.

Department of Environmental Quality (DEQ) water employees Stephen Busch and Michael Prysby were charged in April with misconduct, among other charges.

In July Michigan Department of Health and Human Services workers Nancy Peeler, Corinne Miller and Robert Scott, along with DEQ employees Adam Rosenthal and Patrick Cook were also charged with various crimes in connection with the ongoing crisis.

"Given the uncertainty of the timeliness of the resolution of these cases, combined with the unique nature of this situation," Health and Humans Services Director Nick Lyon and new DEQ Director Heidi Grether "have chosen" to continue suspensions for those employees but restore pay, the departments said in a joint statement.

"DEQ and MDHHS are providing support for legal counsel and will continue to monitor the legal proceedings and evaluate next steps as appropriate," according to the statement.

Two others charged in the crisis, Liane Shekter-Smith and Corrine Miller, no longer work for the state.

Shekter-Smith was fired earlier this year for her role in the crisis, and Miller retired in April.