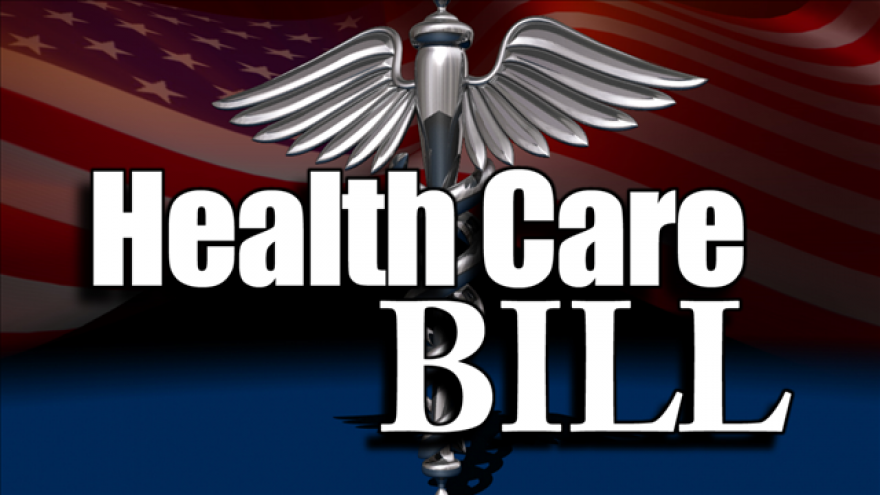 (CNN) -- House Republican leaders released a package of amendments Monday evening to modify the GOP bill to repeal and replace Obamacare -- the culmination of days of negotiations and closed-door meetings to win over critics and skeptics of the proposal.

The amendments mark efforts by GOP leaders and the White House to appease both conservatives and moderates who have expressed reservations about the bill.

As of Monday, senior Republicans were continuing to whip the GOP conference to ensure that they will have the 216 votes necessary to pass the bill out of the House on Thursday. To ramp up the pressure, President Donald Trump will meet with lawmakers on Capitol Hill Tuesday morning.

The legislation, called the American Health Care Act, would rewrite the current health care system and lead to millions of more people being uninsured than under Obamacare, according to the Congressional Budget Office.

The bill will be taken up Wednesday by the House Rules Committee and set to be voted on by the House Thursday -- the seven-year anniversary of President Barack Obama signing the Affordable Care Act.

Many of the amendments would make additional changes to Medicaid that were pushed by conservative members.

One addition would give states the option of requiring able-bodied Medicaid recipients to work.

Conservative-leaning members have been especially irked since Obamacare expanded Medicaid to 11 million able-bodied adults without children. Critics, however, say it will make it harder for many low-income Americans to get needed health care.

Also, the revised legislation would allow states to opt to receive federal Medicaid funding as a block grant. The current bill calls for giving states a set amount of money per enrollee, known as a per capita cap system. Both would be a major change from the current way Medicaid is funded, which is open-ended federal support tied to state spending on the program.

Under a block grant, states would receive a fixed amount of federal funding each year, regardless of how many participants are in the program. This would reduce federal support for Medicaid even more since the funding level would not adjust for increases in enrollment, which often happens in bad economic times.

Another alteration would immediately prevent states from expanding Medicaid, a concession to conservative lawmakers. Under the first version of the legislation, enhanced funding for Medicaid would be repealed as of January 1, 2020, but nothing barred states from expanding the program before that.

House leaders also sought to win support from centrist Republicans from upstate New York leaders by adding a provision that would ban the federal government from reimbursing state Medicaid funds raised by local governments, according to New York Rep. Chris Collins. He told CNN the change would help bring along other members of his state's delegation who are currently wavering on the bill.

A House GOP aide told CNN the change would apply to New York state only.

In New York, counties outside of New York City send $2.3 billion to the state to help pay for Medicaid. The amendment would give the state the incentive to stop passing down Medicaid costs to the counties, Collins said.

House lawmakers punted one important provision to the Senate: Providing more assistance to older consumers, many of whom would face huge premium hikes under the GOP bill. The House is setting aside $75 billion to provide additional tax credits to help people buy policies on the individual market, but they are letting the Senate handle the crafting of the legislation.

The American Health Care Act's tax credits are not as generous as Obamacare's subsidies for lower-income enrollees in their 50s and early 60s. As a result, the premium for a 64-year-old would be 20% to 25% higher in 2026 than it would be under Obamacare, the CBO projected.

Lawmakers have been hammered on this point, with the influential AARP warning that it will inform all 38 million of its members how their representatives votes.

Beefing up the tax credits, however, will make the legislation more costly. By shifting responsibility to the Senate, lawmakers avoid having to have the CBO re-evaluate the plan, while assuaging rank-and-file members to support the bill.

Ways and Means Committee Chairman Kevin Brady told reporters on Monday that older Americans were "hammered the most by Obamacare."

"The promise of Obamacare was that if you made young people pay more, you would pay less. And that failed," Brady said. "So they're facing skyrocketing premiums."