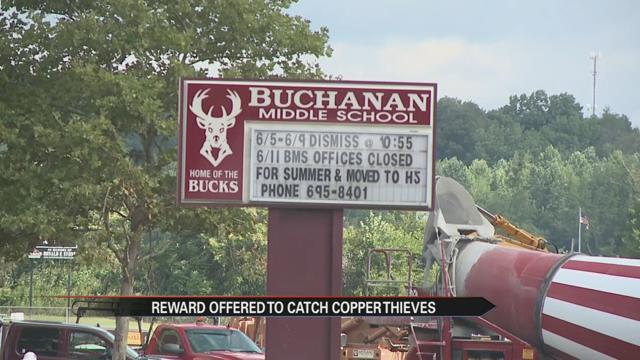 Michiana Crime Stoppers is offering a reward for any information leading to the arrest of whoever vandalized Buchanan Middle School.

On August 17, Buchanan Police responded to a call at Buchanan Middle School after a report of a substantial amount of copper pipe and other construction materials were missing.

The start of school has been delayed one week for students because of the extent of the damage reported. School will begin September 14 for Buchanan Middle School students.

Crime Stoppers says they will give up to $1,000 in cash if tips lead to an arrest.

You can submit a tip anonymously online or through their Facebook page.