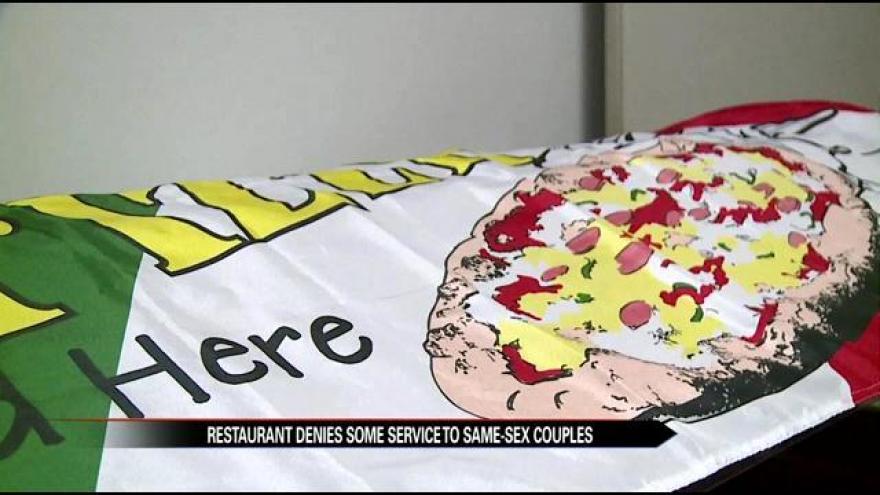 A small-town pizza shop is saying they agree with Governor Pence and the signing of the controversial Religious Freedom Restoration Act.

The O'Connor family, who owns Memories Pizza, says they have a right to believe in their religion and protect those ideals.

“If a gay couple came in and wanted us to provide pizzas for their wedding, we would have to say no,” says Crystal O'Connor of Memories Pizza.

She and her family are standing firm in their beliefs.

The O'Connors have owned Memories Pizza in Walkerton for 9 years.

“We are a Christian establishment,” says O'Connor.

The O'Connor family prides themselves in owning a business that reflects their religious beliefs.

“We're not discriminating against anyone, that's just our belief and anyone has the right to believe in anything,” says O'Connor.

So, when Governor Pence signed the Religious Freedom Restoration Act into law, the family was not disappointed.

“We definitely agree with the bill,” says O'Connor.

When ABC 57 asked O'Connor about the negative backlash the bill has been getting for being a discriminatory piece of legislation, she says that's simply not true.

“I do not think it's targeting gays. I don't think it's discrimination,” says O'Connor. “It's supposed to help people that have a religious belief.”

O'Connor says because she's a Christian, she and her family don't support a gay marriage and that is their right.

Kevin O'Connor, Crystal's father, says he believes the negative backlash the bill and its supporters are getting isn't fair.

The O'Connor family told ABC 57 news that if a gay couple or a couple belonging to another religion came in to the restaurant to eat, they would never deny them service.

The O'Connors say they just don't agree with gay marriages and wouldn't cater them if asked to.