RFRA to take effect this week 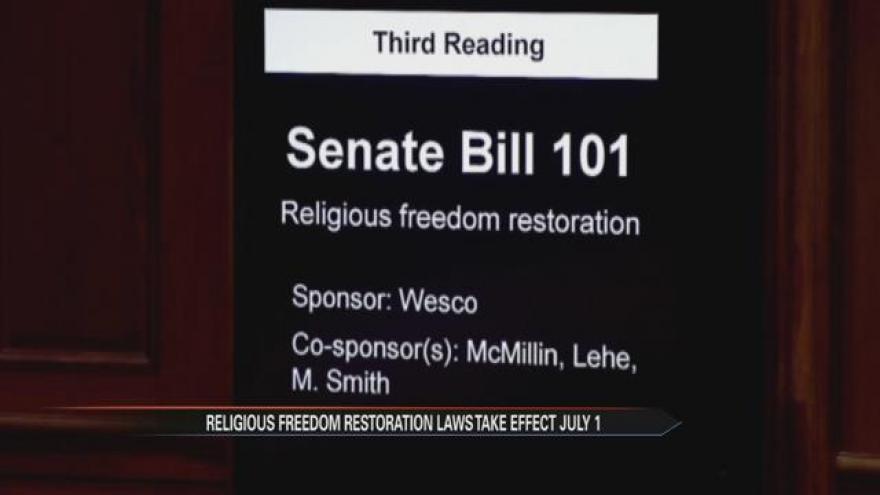 It was originally passed as a way to protect the religious rights of Indiana residents against government intervention.

Yet it raised uproar after groups accused it of opening the doors to discrimination, especially to the LGBT community.

Celebrities and businesses all over the state and the country voiced their disapproval of the law, and some even threatened to back out of operations with the state altogether. So a fix to the bill was passed.

It added language saying the law could not be used to discriminate against people for their sexual orientation or gender identity. Yet, some opponents still believe that change didn't do much, since state law doesn't include gay and lesbian Hoosiers in civil rights protection.

Only a few Indiana cities have an ordinance providing that. South Bend is one of them.