River Park neighbors help one another with snow clearance 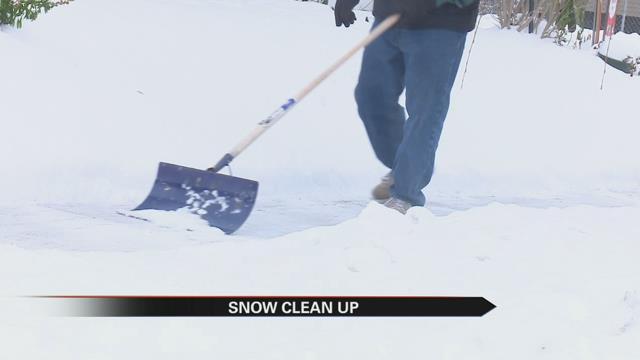 Many are still waiting for residential streets to be plowed in South Bend.

In the meantime, some neighbors in River Park are trying to help keep one another safe.

Not only does he clear his own sidewalk, but he goes down the block as well.

“When we crank the machines up, we might as well keep going,” Maciulski said.

Maciulski says it’s something he’s been doing for years.

“I’m retired now and I’m home a lot more. I can hit it any time it builds up,” Maciulski sad.

Fellow River Park Danny Steadman does the same, but with a shovel.

After working all day at Hoosier Tank, he likes to clear the neighborhood snow.

“A lot of people that I end up helping out are elderly and stuff like that,” Steadman said.

Steadman says he helps about 10 neighbors a week, sometimes strangers.

Many reach out to him through a neighborhood Facebook group.

“I’ve always got time on my hands to help out whoever needs help,” Steadman said.

While they wait for the snow to melt, the two men are taking matters into their own hands, for free.

“It’s not really a neighborhood if you don’t have people willing to help out,” Steadman said.

“You’re neighbors. There’s something to be said for that,” Maciulski said.