Rollover crash results in charges for one Hartford man 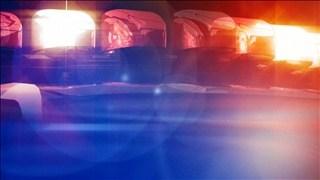 A Hartford, Michigan man has been arrested after allegedly leaving the scene of an accident and resisting and obstructing.

Deputies with the Van Buren County Sheriff's Department responded to a rollover accident in the 54000 block of 59 1/2 Street at approximately 6:40 p.m. Saturday in Hartford Township.

Witnesses told police they saw the driver of the wrecked vehicle leave the scene of the accident in a second vehicle.

During the investigation, deputies discovered that the driver had allegedly stolen the vehicle just before crashing it.

Deputies say they were able to identify the suspect due to help from witnesses from the scene.

The suspect, a 28-year-old man from the Hartford area, was located and arrested by the Pokagon Tribal Police and the Hartford Police.

Police say the man resisted arrest, but was eventually taken into custody and transported to Lakeview Hospital for evaluation.

According to authorities, the suspect sustained multiple lacerations and abrasions from the crash.

Officials do believe alcohol is a factor in the accident and say the investigation is ongoing.

The suspect was taken to the Van Buren County Jail on multiple charges including resisting and obstructing, operating while intoxicated, leaving the scene of a personal injury crash, driving while license suspended and unlawfully driving away of an automobile.