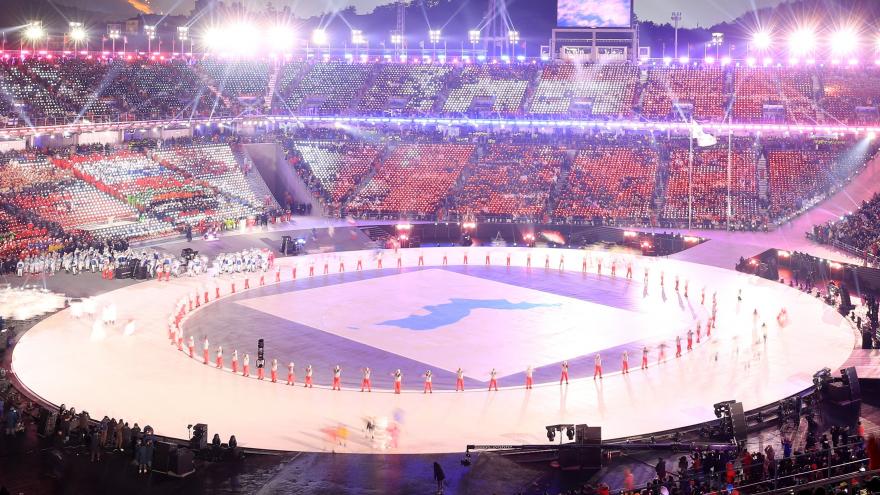 (CNN) -- A Russian athlete at the Winter Olympics is suspected of failing a drugs test, according to Russian news agency TASS.

More than 160 Russian athletes who could prove they were clean from doping are competing in a Olympic Athletes from Russia (OAR) team after the nation was banned from the Games because of state-sponsored doping leading up to and including the Sochi Winter Olympics.

The OAR team have not named the athlete.

"We are not naming the athlete, or the kind of sports, before the B test results are announced -- which is due within next 24 hours."

READ: How a Russian athlete with a previous doping ban was able to compete in Pyeongchang

The International Olympic Committee (IOC) said in a statement posted to Twitter it "cannot communicate on individual cases while the procedure is still ongoing," because "doping testing and sanctioning at the Olympic Winter Games Pyeongchang 2018 is independent from the IOC."

It added: "On the one hand, it is extremely disappointing when prohibited substances might have been used, but on the other hand it shows the effectiveness of the anti-doping system at the Games which protects the rights of all the clean athletes."

Several media outlets in Russia are reporting the positive test is for meldonium, the same substance for which tennis star Maria Sharapova was banned.

The use of meldonium, which was added to the list of banned substances by the World Anti-Doping Agency from 2016, is widespread in Russia and eastern Europe, where it is often taken as a heart drug.

The news of a doping case in the OAR team could mean the athletes won't be able to march in their national uniform and with the Russian flag at the closing ceremony.

Although they competed under the OAR flag, the IOC had said beforehand the Russian athletes may have been able to march in their own national colors at the closing ceremony if they stuck to its strict code of conduct on neutrality.