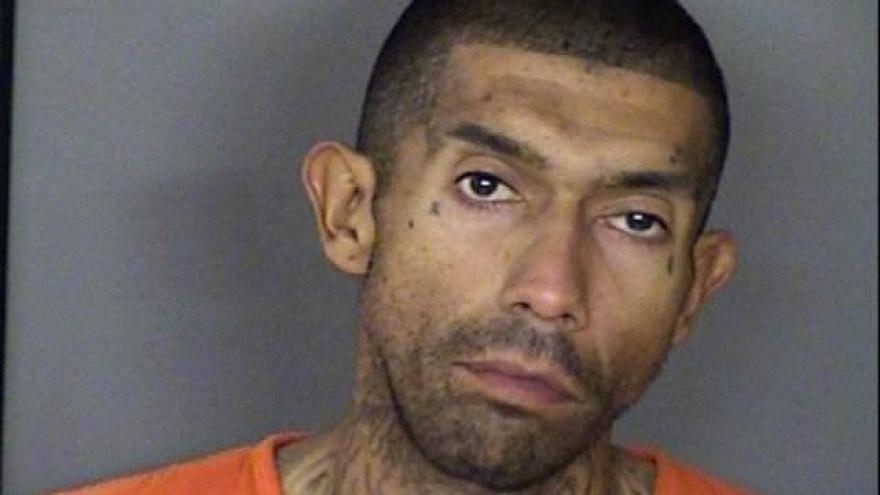 (CNN) -- A man who was killed trying to stop a robbery at a San Antonio, Texas, mall is being hailed as a good Samaritan, and police have arrested two suspects who will face murder charges.

A second shopper, who had a gun and a concealed carry license, shot and wounded one of the suspects, who was reported to be in critical condition.

The wounded suspect was arrested and taken to a hospital. Police found the second suspect, Jason Matthew Prieto, 34, after a car wreck that happened about 20 minutes later.

Police said six other people were injured and taken to a hospital.

An owner of another business in the mall told affiliate KABB she first heard one shot and then others. "We heard people screaming," she said. "We saw people running. And that's when we hid. We were just scared."

A man said he was waiting for his 16-year-old daughter to be released from the locked-down mall Sunday evening. He had been worried when he heard about the shooting but felt better after texting with his daughter, who was unharmed.

Murphy was at the Rolling Oaks Kay Jewelers store with his wife to have their wedding rings cleaned, said Chris Cercone, boyfriend of Murphy's stepdaughter.

"Jon was a first-rate protector," Cercone said. "When I started dating his stepdaughter, he let me know in no uncertain terms that his eyes were on me, and I was a better man for it.

"He worked as hard and selflessly as anyone I've ever met, and he did it all for his family."

Cercone said he has set up a GoFundMe account for Murphy's family.

Previous robbery at other mall

Both suspects will be charged with capital murder and two counts of aggravated robbery, police said.

"Prayers for all affected by this robbery & shooting in San Antonio at Rolling Oaks Mall. Justice for the robbers & killers," Gov. Greg Abbott tweeted.