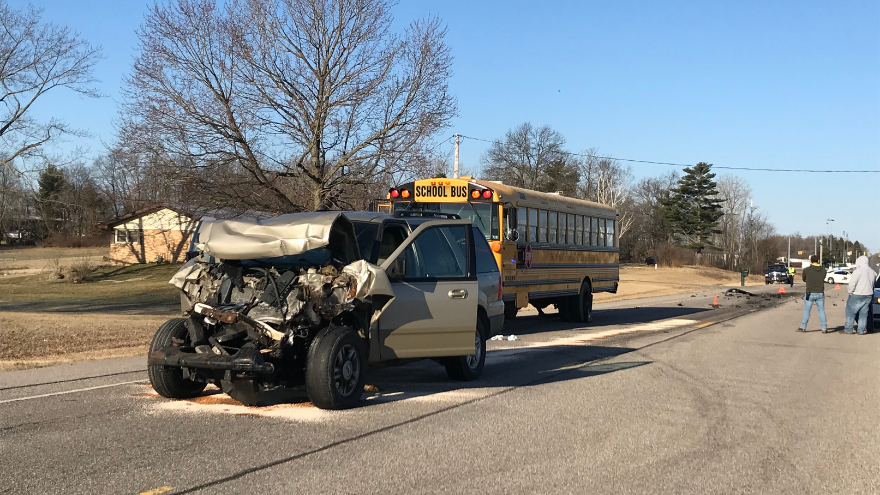 ST. JOSEPH COUNTY, Ind.—A school bus and an SUV were involved in a crash in Lakeville on Monday morning that left four students and the driver of the SUV injured, according to the Indiana State Police.

Police say the Union North United school bus, driven by Laura Watts, 31 of Lakeville, was eastbound on Pierce Road when she stopped to pick up students in the 20000 block of Pierce Road.,

As Watts accelerated from the stop, it was struck from behind by a Ford Expedition driven by 28-year-old Lee Motz of Bourbon.

All were treated for minor injuries at Saint Joseph Regional Medical Center and have been released.

Motz was taken to Memorial Hospital with non-life threatening injuries.

Pierce Road was closed until approximately 11 a.m. for the investigation and cleanup.

Alcohol and drugs are not suspected as factors in the crash.