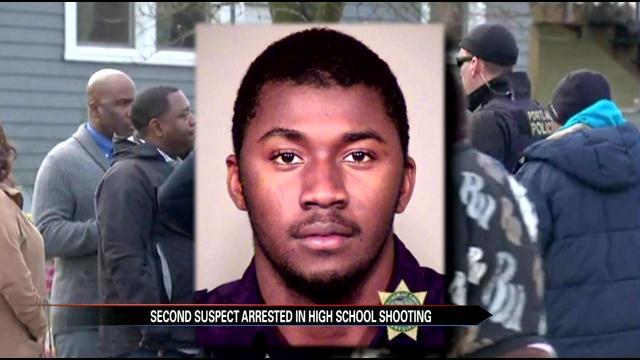 A second person was arrested following a shooting at a Portland school.

Police say that 18-year-old Marquel Dugas was taken into custody over the weekend for probation violation.
Police are searching for a third person that is believed to be involved with Friday's shooting at Rosemary Anderson High School.

Four people were wounded in a shooting outside the school.

Two victims remain in the hospital.

The school held a healing event on Sunday for both students and the community.

“Obviously this is an issue many communities face with respect to gun violence. We're going to do anything we can to learn from others so we can begin to heal and move forward and get back to our mission,” says Joe McFerrin II, Rosemary Anderson President and CEO.