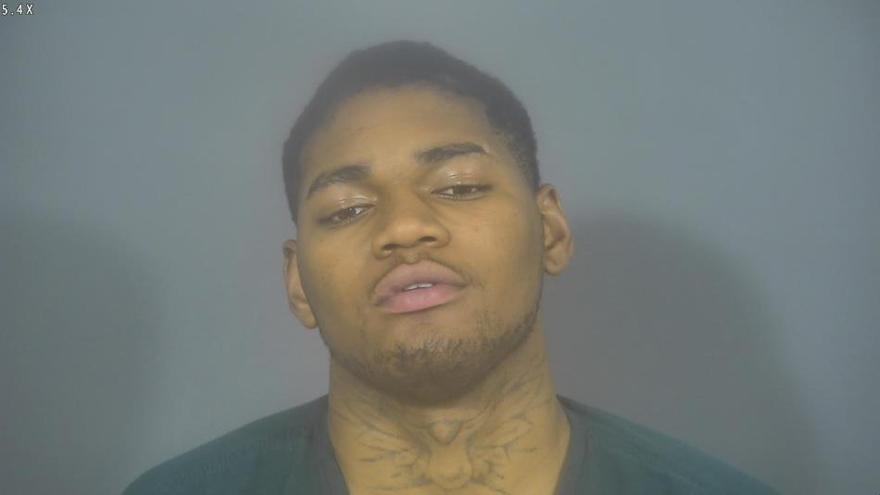 ST. JOSEPH COUNTY, Ind. -- Charges have been filed against a suspect in the murder of Sa’Sha Agnew in October 2021, according to court records.

Travis William Logan Jr has been charged with one count of murder. A warrant has been issued for his arrest.

On October 15, 2021 South Bend Police responded to Sa’Sha Agnew’s home in the 800 block of S. Lake for a possible abduction.

Agnew had called her mother and told her armed men were entering Agnew’s house. When the mother lost contact with Agnew, she called police and sent them to Agnew’s house.

When police arrived to the home, they found the front door wide open.

Inside the home, they located Agnew unconscious on the floor with multiple gunshot wounds and a gun next to her body, according to the probable cause affidavit.

She was pronounced dead at the scene.

They saw signs of a struggle near the body and found blood in various locations in the home, reports said.

Police reviewed video from a surveillance system at the home. The video showed several people entering the home, including Travis Logan, who was wearing a distinctive pair of glasses, according to the probable cause affidavit.

Police said the glasses were found inside Agnew’s home, near her body, reports said.

DNA testing was conducted on the handgun and the glasses. Results showed the DNA on both the glasses and gun matched Logan, reports said.

When officers spoke with Logan on October 28, 2021, he denied ever going to Agnew’s home and said he didn’t know her.

Logan was charged on March 28. An arrest warrant has been issued for Logan.

Logan is also facing charges in connection with a fatal crash on February 7, 2020, that killed John Riedle.

Logan is the second person charged in connection with Agnew's death. Tobias Shaw was charged with murder, armed robbery, and conspiracy to commit armed robbery in November 2021.