Second person charged in the murder of Eric Phillips 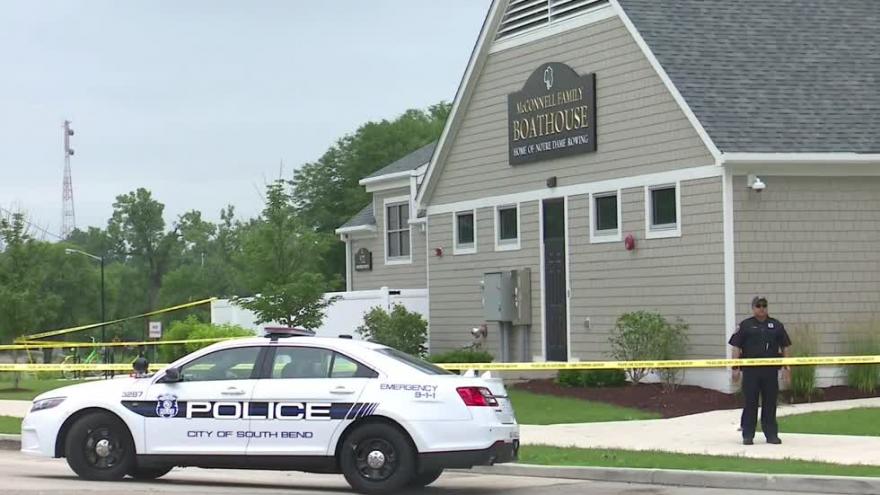 ST. JOSEPH COUNTY, Ind. -- A second person has been charged in the murder of Eric Phillips, who was killed in the parking lot of the McConnell Family Boathouse in June 2018.

Tastacia Parker, 23, has been charged with murder. She was arrested Monday by the Us Marshals Service in Fort Wayne.

BACKGROUND
On June 23, 2018, a South Bend Police officer was driving near the University of Notre Dame's boathouse in the 900 block of Northside Boulevard when he discovered a man lying on a curb in the parking lot of the boathouse.

Two people, Tastacia Parker and Eric Phillips, got out of the vehicle and walked to the back of the Mustang.

Two other people approached the couple. One was wearing a long sleeved white t-shirt, blue jeans and white shoes. After a brief exchange between the two groups, the person wearing the long sleeved white shirt fires at least one shot at Phillips, according to the probable cause affidavit.

Parker and the other two people who came to the scene fled south through the adult workout area, reports said.

After receiving a warrant for Phillips' Facebook account, investigators found a conversation where Phillips plans to meet with Tastacia Parker at the east Race, according to the probable cause affidavit.

Elbert Briggs was charged with one count of murder on November 1, 2018.