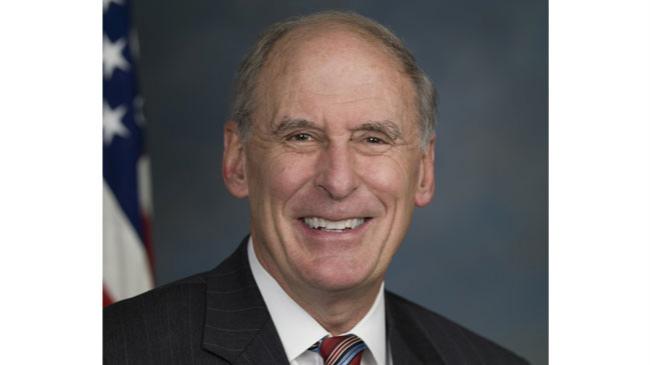 The senator announced in March 2015 he would be retiring at the end of his term, which ends January 3, 2017.

He left in 1999 and worked in the private sector until he became Ambassador to Germany in 2001.

The following is a transcript of his speech:

Mr. President, today I rise for the second time on this Senate floor to deliver a farewell speech.

It doesn’t seem like that long ago, back in 1998, that I delivered my first Senate farewell speech. I spoke then about making the transition from Senator to citizen, and I reflected on the end of 24 years of public service.

Standing here today, in 2016, 24 years has now become 34 years in public service, as the call for additional public service has brought me back to the Senate

Now, as I begin my remarks today, I want to assure my family, colleagues, campaign contributors and even the Democratic Senatorial Campaign Committee that I will not be back for a third farewell address.

Through it all, the ups and downs, the highs and the lows, the successes and the failures, I have felt nothing but gratitude for the incredible privilege of serving.

Serving in the military, working as a Congressional staffer to then-Congressman Dan Quayle, serving in the House of Representatives, representing my home state as a United States Senator, representing our country overseas as U.S. Ambassador to Germany has been the adventure of a lifetime, and I am so very grateful for the opportunities that I have been afforded.

Participating in the process of governing, being in the arena fighting for the principles and values I believe in – these experiences have all been a privilege almost beyond description.

My good friend and fellow Senator from Tennessee, Lamar Alexander, who has a good habit of speaking words of wisdom, has said, “When you’re driving down a country road and see a turtle on top of a fence post, chances are that turtle didn’t get there on his own.”

Throughout my career, I have been blessed to have the support of so many talented and wonderful people who have provided invaluable help along the way.

I want to thank my family – my wife, Marsha, for her unwavering support and wise counsel, our three wonderful children, and our ten grandchildren, for their love, support, and patience that allowed me to engage in the consuming job of an elected official.

I want to thank former Senator and Vice-President Dan Quayle, a mentor, a friend, and the person who first encouraged me to consider public service, and I wanted to express gratitude to former Indiana Governor Robert Orr, who chose me to fill the Senate seat vacated by Vice-President Quayle.

I want to thank President George W. Bush, who gave me the opportunity to serve as our nation’s Ambassador to Germany, and Colin Powell, who led the Department of State during my time as Ambassador.

I want to thank the exceptional staff I have been blessed to have support me over the years, so many of whom have gone on to achieve great success in their own careers.

I specifically want to thank the five chiefs of staff I have had as a Senator – Dave Hoppe, Dave Gribbin, Sharon Soderstrom, Dean Hingson, and Viraj Mirani.

I want to thank my colleagues for their friendship and encouragement over the past six years. This is a demanding job, and we all work hard. But it also is a job that allows you the opportunity to spend a lot of time interacting with your colleagues.

The friendships that I have with the talented men and women who serve in this distinguished body is what I will miss the most in leaving the Senate.

And last, but certainly not the least, I want to thank the citizens of Indiana. Hoosiers have given me the honor of representing them in the world’s greatest deliberative body.

Thank you, Hoosiers, from the bottom of my heart.

I am not here today to offer deep reflections about the health of this institution or to advise my fellow senators on how to govern in the years to come.

It is clear that at this time in the history of our great nation, we are a divided country, with two very different visions for America’s future.

The Senate is not immune to those divisions, but I firmly believe that all of us – Republicans and Democrats – are trying to do what we think is in the best interests of our country and its posterity.

We are all united in the common cause of making our country a better place – a safer place and a more prosperous place –   even if our means of getting there differ.

With that spirit in mind, I know there are many topics of significant importance that the Senate will consider when I am gone, but I want to briefly discuss two transcendent issues that jeopardize America’s continued existence as the world’s leading nation. These are issues I have repeatedly expressed deep concern about on this Senate floor.

From a practical standpoint, our country simply can’t keep borrowing money we don’t have.

Today, our national debt exceeds $19.5 trillion and continues to grow by the second.

Meanwhile, programs that millions of Americans depend on – Social Security and Medicare – are creeping ever closer to insolvency.

America’s looming fiscal storm is bearing down upon us and the alarms are sounding louder each day.

One day, if not addressed, this debt bomb will explode and have a devastating effect on our country's economy and on our children’s future.

My second great concern is what I call the terrorist bomb – the threat posed by terrorists or rogue state actors who could successfully conduct an attack with weapons of mass destruction.

We must ensure that the world’s most dangerous weapons stay out of the hands of its most dangerous people. And we must also adapt to the new threats we face, such as a cyber attack that could shut down our financial systems or our electric grid.

These challenges require all those who govern to rise above political consequences to make the hard decisions needed to make our country stronger and more secure for future generations.

My Congressional career began during the Regan Administration, and I would like to conclude my comments today with a reflection on remarks President Ronald Reagan made during a memorial service in 1987 for the fallen sailors of the USS Stark.

Let me quote a few of the words President Reagan shared that day:

“That for all the lovely spring and summer days we will never share with them again, for every Thanksgiving and Christmas that will seem empty without them, there will be moments when we see the light of discovery in young eyes, eyes that see for the first time the world around them and wonder, ‘Why is there such a place as America, and how is it that such a precious gift is mine?’”

As citizens of this great country, we have been given a precious gift – the gift of freedom. America has been a beacon of freedom that has burned bright before a world that cries out for liberty.

But we should never forget that we have been able to preserve this precious gift throughout our history because men and women have heard the call and have said: “I will stand in defense of freedom, and I will sacrifice for future generations.”

In looking back on my life of public service, I have experienced moments when I also have seen again that light of discovery of the precious gift of America and asked myself, how is it that this precious gift is mine?

I have seen the light of discovery at Veterans Day ceremonies as we remind ourselves that this gift has been earned and preserved by those who have fought in defense of our freedoms and especially those who have paid the ultimate sacrifice.

I have seen it in the eyes of wives and young children who rush into the arms of dads arriving home from the front lines of battle.

I have seen it in the tears of joy as our Olympic athletes stand while the Star Spangled Banner is played before the eyes and ears of the world.

I have seen it at the naturalization ceremonies where immigrants like my mom express pure joy in becoming an American citizen.

Do we not then, those of us who have been given the privilege and the challenge of serving in this body as United States Senators, have an obligation and solemn duty to carry on the task of ensuring that the young eyes of future generations can see this light of discovery and wonder how it is that such a precious gift is theirs?

And so, my colleagues and friends, with gratitude to the Almighty, love in my heart for each of you, and bright hopes for the future of our beloved country, I bid farewell.