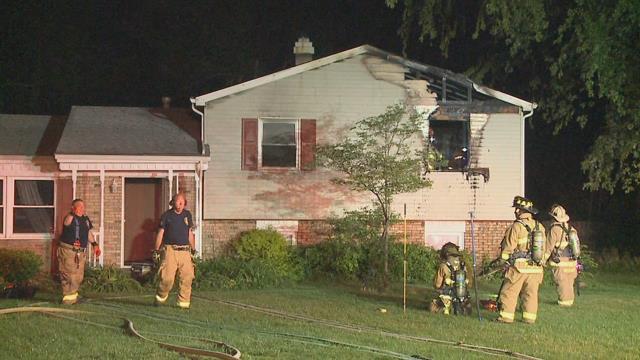 Fire broke out at a home in the 51000 block of Lant Ln. early Monday morning. Clay fire officials say seven people were inside the home at the time.

Fire fighters got to the two story home around 1 a.m. and found flames and smoke pouring out of one of the second story bedroom windows.

The Clay Battalion Chief said in a statement one family member was transported to the hospital to be treated for possible smoke inhalation.

Crews contained the fire to the second story bedroom where it started. The investigation is ongoing, but right now they think it might have started as an electrical outlet fire in one of the walls.