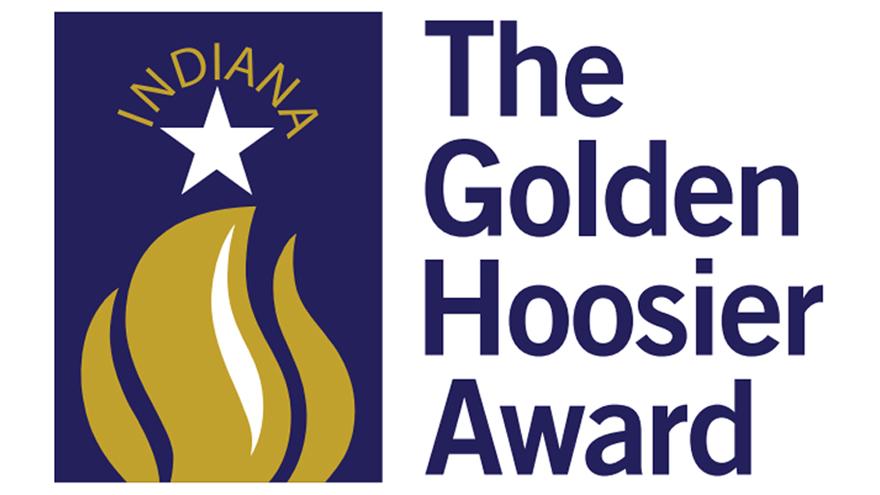 The state of Indiana will be honoring 25 Hoosiers with the 2020 Golden Hoosier Award at a virtual ceremony Wednesday afternoon. Honorees include seven Michiana residents.

The Golden Hoosier Award has been given out since 2008 to honor senior citizens for their years of service and commitment to the state.

An award ceremony will be held at 1 p.m. You can view the ceremony here

Bios of the award recipients

Cheryl Ashe | South Bend (St. Joseph County)
Nominated by Pam Harris
Retired librarian Cheryl Ashe cares deeply for those needing a second chance. As a volunteer with Dismas House, she helps ex-offenders re-enter the community by connecting them with critical services. She recognized that those with prior drug felonies were unable to receive food stamps, hindering access to good nutrition, which, she realized, was important for relapse prevention. Ashe collaborated with the University of Notre Dame and local and state agencies for six years until the law was changed. Now those recently released from prison have a better chance for successful re-entry and becoming a contributing citizen. An admirer says, “She became the friend that helped people get back on their feet and find hope. That’s big to anyone trying to start all over again.” She has also self-produced almost 90 shows entitled, “Have You Read?” where she highlights books of interest to African Americans. She has also produced a DVD for youth who are stopped by police officers so they will know how best to respond to avoid escalation. Ashe has also raised funds to produce a booklet in Spanish outlining immigrants’ legal rights and sent teachers in Ghana educational materials. Her caring extends beyond stigma and borders.

Dorothy Carswell | Bourbon (Marshall County)
Nominated by Pam Harris
Dorothy Carswell, an active 91-year-old volunteer serving at a REAL Services nutritional site for seniors, creates a welcoming environment where people are treated as family. Carswell has a servant’s heart. She is content doing the small things, such as preparing the room, making sure meals are served on time, washing dishes, cleaning and completing paperwork. However, she also makes a point to interact with everyone so they know they are important, reflecting how much she cares about the total person. When someone is not in attendance, she’ll call to make sure they are fine. She even planted a garden to ensure the freshest food is available. A friend says, “Guests always look forward to being greeted by Dorothy because she makes them feel so welcomed. Because Dorothy has done this for 22 years, she has become family to all those who attend lunch at this nutrition site. Invaluable.” Carswell has also been deeply involved in her church, where she organized funeral meals and provided comfort to grieving families. Her commitment and compassion has enabled programs to go beyond just providing a service—as an admirer describes, “when she enters a building she spreads lots of joy, cheer and love.”

Tim Meyer | Warsaw (Kosciusko County)
Nominated by Michelle Goble
Financial expertise and business prowess by dedicated volunteer Tim Meyer enabled the Warsaw community to grow and prosper. In his 15-year service to the Kosciusko Chamber of Commerce, he served as treasurer on the board of directors, providing sound financial advice. As a lead mentor for Kosciusko chapter of SCORE, he works with business owners to provide them with business counseling at no charge. Meyer was instrumental in the development of the Ivy Tech Orthopedic and Advanced Manufacturing Training Center. He went beyond his advisory role and helped lead efforts to make this vision a reality. Students now learn skills in an on-the-job environment that will prepare them for valuable opportunities in Kosciusko County. He has benefited other organizations, including Kosciusko Home Care & Hospice, Kosciusko County YMCA, United Way of Kosciusko County, Warsaw Redevelopment Commission and Kosciusko Economic Development Corporation. He is also deeply involved in Sacred Heart Catholic Church and the Knights of Columbus. Meyer and his wife, Marsha, recognized a need in their community for more options for women in a crisis pregnancy. They opened their home to young women, which launched their co-founding of the Heartline Pregnancy Center over 40 years ago.

Linda Ozier | Warsaw (Kosciusko County) Nominated by Alisha Oliver
Linda Ozier, founder of Isaiah 11 Ministry, takes a fresh approach to counseling by offering therapy sessions on a farm. Although Ozier is trained in equine-assisted psychotherapy, she also engages a variety of farm animals as co-therapists, in addition to horses. This may include donkeys, goats, pigs, rabbits, ducks, chickens, dogs and cats—many of which have been rescued and cared for by her efforts. For a decade, this active Christian counseling center has benefited many, particularly with the Tuesday night barn group, where all ages gather for life skills training, prayer, animal care and sharing a meal together. She is an advocate for her clients and generously provides donated food and clothing and referrals to other community resources. Payment is not an issue with Ozier—no one is turned away, although some have offered to perform work on the farm in return for the counseling. Reflecting on the effectiveness observed with families and individuals, an admirer shared, “people come to Linda because she has such a different approach… and genuinely cares for people and animals.”

Cynthia Streich | South Bend (St. Joseph County) Nominated by Pam Harris
Life-long resident and volunteer Cynthia Streich has a “great sense of ownership in her community,” says a friend. Retirement in 2011 propelled her to further engage, leading to 14,000 hours of community service. Streich has influenced over 25 organizations serving children, veterans, older adults, firefighters and other citizens in need. She has been actively involved in event organization and fundraising, but has taken on a wide range of other volunteer roles, including baby cuddler at St. Joseph’s Hospital, greeter for veterans returning home, member of the St. Joseph County Educator board of directors, activity planner serving those with Alzheimer’s at Milton Adult Day Center, hospice volunteer at Holy Cross Nursing Home and Gleaners Food local president. She is a volunteer caregiver to a child afflicted with spinal muscular atrophy and has fun throwing monthly birthday parties. Streich also celebrates others by continuing a ministry started by her mother 50 years ago, where she “puts a party in a card” by designing and distributing encouraging cards. An admirer states, “She has given so much time, love and energy to many populations in our northern Indiana community for her entire life. She is a force for all things good.”

Keith Swanson | Hanna (LaPorte County)
Nominated by Catherine Mrozinski
When visionary Keith Swanson shared his dreams upon joining the LaPorte County Agricultural Association executive board, he brought new life to Indiana’s oldest county fair. A fellow board member stated, “The board is honored and privileged to work with such an enthusiastic and passionate person whose dream is to make a lasting legacy for 4-H’ers in LaPorte County to be proud to exhibit their animals.” Under his direction and extensive volunteer hours, he tirelessly managed the recent construction of a new Cattle Barn—the first in over 30 years. He has continued to collaborate with other board members, community members and county elected officials to move forward with renovating barns at the Fairgrounds. He is not daunted by a large commitment if it benefits the community, especially when, as he declares, “It’s for the kids!” His passion for the fairgrounds is contagious, as evidenced by a board member commenting, “We couldn’t be more excited to work towards his vision.”

Robert Wulliman | Winona (Kosciusko County)
Nominated by Deborah Wright
Dedicating over 50 years as a volunteer firefighter for the Winona Lake Fire Department, Robert Wulliman is a recognized leader within the department and the local community. At a time when he couldn’t be as active on the front lines, he managed the station during calls and assisted with the phones to coordinate relief for firefighters and victims. Even now at 83 years old, he still attends meetings and assists whenever possible. His daughter recalled times when he had to miss family events due to fire activities; however, she stated, “he gave of himself to his community and that made us proud.” For over a decade, Wulliman has also continued to serve at his church’s “community closet” to distribute personal and household supplies to those in need. As a 27-year member of the Warsaw Community High School athletic booster club, he served a variety of roles and enjoyed interacting with the kids and seeing them grow over the years—he even volunteered over a decade as a youth softball coach. He was often visible in the community, from selling Slushies at the county fair for the Winona Lake Lions Club to, of course, fighting fires.

Recipients from outside of Michiana