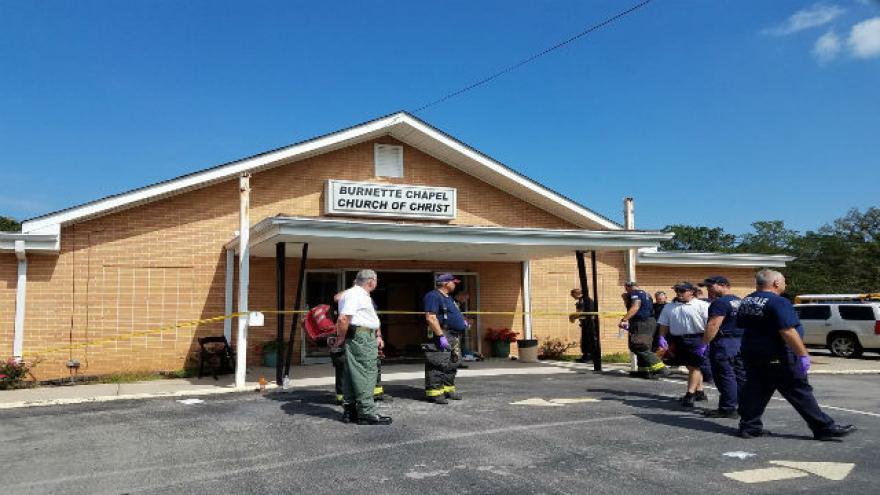 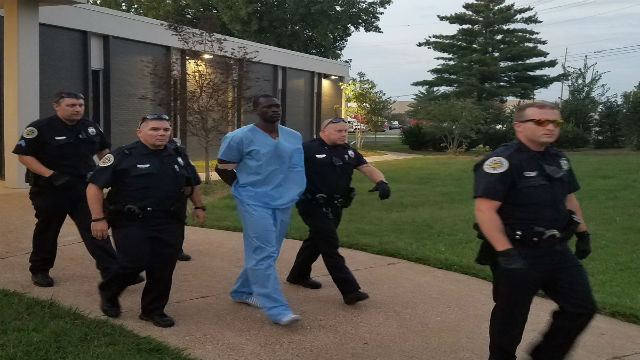 Emanuel Kidega Samson being transported to jail. Samson was identified as the gunman that opened fire at a church in Antioch, Tennessee killing one person and wounding six others. Metro Nashville PD

(CNN) -- A gunman opened fire at a church in Tennessee on Sunday, killing one person and injuring seven others, the Metropolitan Nashville Police Department said.

The Department of Justice and the FBI have opened a federal civil rights investigation of the shooting at Burnette Chapel Church of Christ in Antioch, a neighborhood in Davidson County governed by Nashville.

The first call reporting multiple gunshots came in around 11:15 a.m. CT, police spokesman Don Aaron said. The gunman shot Melanie Smith, 39, as church was letting out before entering the church with two pistols and continuing to shoot.

Suspect Emanuel Kidega Samson, 25, was hospitalized for gunshot wounds and released to police custody. He was charged with felony homicide and was being held without bond, police said. Other charges are coming later, according to police. His next court appearance is Wednesday.

The gunman was in the church's parking lot as a prayer service was letting out, Aaron said. He shot and killed Smith as she was walking to her car.

He entered the church through the sanctuary's main door and "began indiscriminately shooting," Aaron said. There were approximately 50 people still inside the sanctuary when the shooting began. Six were wounded by gunfire and another was pistol whipped, Aaron said.

A church usher identified as 22-year-old Robert Engle saw the shooting and confronted the gunman, Aaron said. During a struggle, the gunman mistakenly shot himself.

"It would appear he was not expecting a brave individual like the church usher to initiate the struggle and confrontation," Aaron said.

Police initially said the suspect was African-American. Later, police identified him as Sudanese with legal US residency.

Church members told police that Samson attended the church one to two years ago, Aaron said. But they had not seen him in a while and did not immediately identify him as the shooter because the gunman was masked.

Local police also requested the assistance of the Bureau of Alcohol, Tobacco, Firearms and Explosives to run an "urgent trace" on a firearm, an ATF spokesperson told CNN.

The trace would give authorities an indication of where the gun was purchased, who purchased it and whether it was purchased legally, the spokesperson said.

Nashville mayor Megan Barry said in a tweet that the shooting was "a terrible tragedy for our city."

"My heart aches for the family and friends of the deceased as well as for the wounded victims and their loved ones," she said. "Their lives have been forever changed, as has the life of their faith community at Burnette Chapel Church of Christ."

Minerva Rosa, who was inside the church when the shooting started, told reporters Sunday the gunman was silent as he opened fire.

Without Engle, the usher who tackled the gunman, "I think it could be worse," she said. "He was a hero today."

"He's the hero," Anderson said. "He's the person that stopped this madness, so we're very, very, very grateful to him."

Engle released a statement Monday night through the hospital where he was treated.

"I've been going to this church my whole life, since I was a small child," he said. "I would have never, ever thought something like this would have happened." He asked for prayers for the victims and their families, adding, "please pray for the shooter, the shooter's family and friends. They are hurting as well."

Engle said he did not wanted to be labeled a hero. "The real heroes are the police, first responders and medical staff and doctors who have helped me and everyone affected."

Joe Love, a man who lives near the church, did not see the shooting, but told CNN affiliate WKRN he became aware of it when a frantic man and his wife who had both been inside the church came to his door on Sunday.

"The guy shot at them, but they was able to get out," Love said. The couple was not hit.

Love said he raced over to the church, but the gunman had already shot himself. He recognized the woman who was killed in the parking lot, he said.

"Every time that church door open ... that young woman was there," said Love, who is not a parishioner.

"The deceased woman's sister, she run to her car, and I helped her cover her sister up with some towels so she wouldn't be disgraced anymore," Love told WKRN.

This story has been updated to include more details from the police regarding the suspect's background.