Shoppers jumping aboard the Loyola bandwagon before Final Four matchup 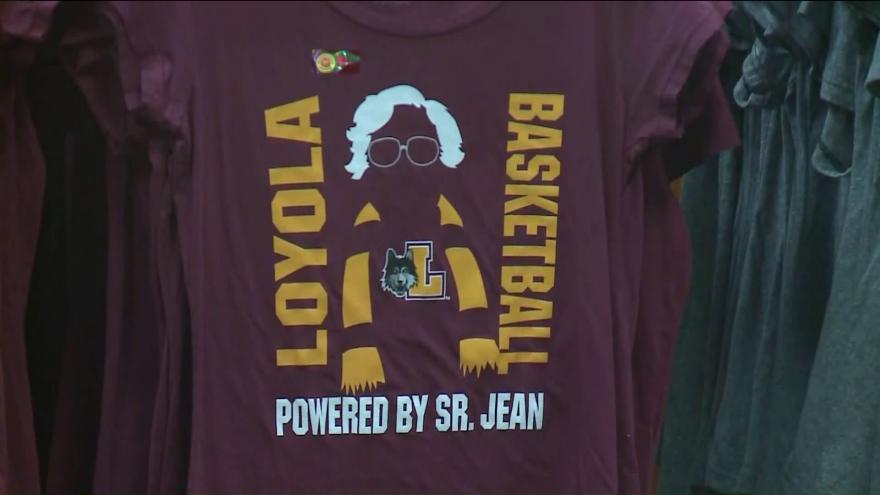 CHICAGO, Ill. (WGN) -- Loyola's basketball team is getting fans excited for their Final Four game in the NCAA Tournament.

That goes for the fans who just discovered them, too.

Loyola is cashing in at its Lakeshore Campus Bookstore.

Workers have been there overnight restocking anything and everything associated with the Ramblers and their chaplain, Sister Jean.

The store is expanding into some available space next door temporarily.

Its also added pop-up stores at different parts of the city.

"Loyola is America's team. Everybody's behind Loyola. They have a certain charm about them. They're lovable. They're east to root for," said independent vendor Carter Bemis.

Back on campus, they're expecting shipments throughout the day of anything in the Ramblers' colors, maroon and gold.

That includes the Sister Jean socks, "Breaking hearts and bracket" T-shirts, and the striped scarves tournament watchers have been seeing for the past few weeks.

According to Fanatics.com, Loyola merchandise is outselling the other Final Four teams: Michigan, Villanova, and Kansas.

The winners play for the championship Monday night.

Loyola is the Cinderella of the tournament, winning their first three games by a total four points.

As an 11th seed, they got past the University of Miami on a game winning three-pointer at the buzzer.

In the second round, they got past Tennessee thanks to a nice bounce off the rim that put the ball in, during the closing seconds.

That was followed by wins over Nevada and Kansas State.