Should guns be allowed on college campuses? 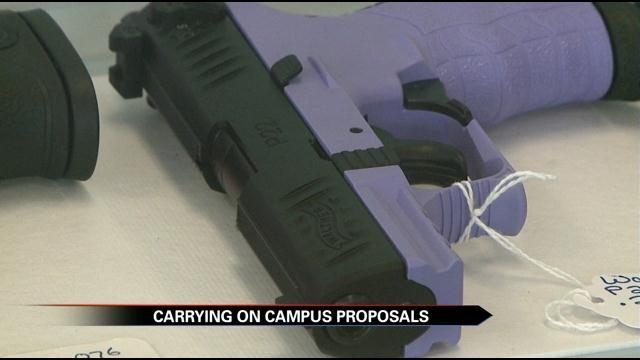 Campus safety is a topic that comes up often across the nation. Several states have recently discussed allowing students with licenses to carry guns on college campuses.

In Michigan students can carry except in dorms and classrooms.

In Indiana that is not the case.

"We do see a rise in females coming in more and more each week," said Rebecca Bartol, owner of Femme Fatale gun shop.

She says it is better to be safe rather than sorry.

"You always hope that you never have to protect yourself, but it is always better to have learned how to and know what to do," said Bartol.

This year Indiana legislators were looking to pass a bill that would allow guns on public college campuses.

The Indiana proposal has been tabled for now, but could likely reemerge.

At IUSB, students have mixed feelings about allowing guns on campuses.

Jazmine Medina says, "I don't like the idea that I live in a world that I have to carry a gun as woman to be present in the public."