Crash involving MSP Trooper one of many crashes in Berrien County 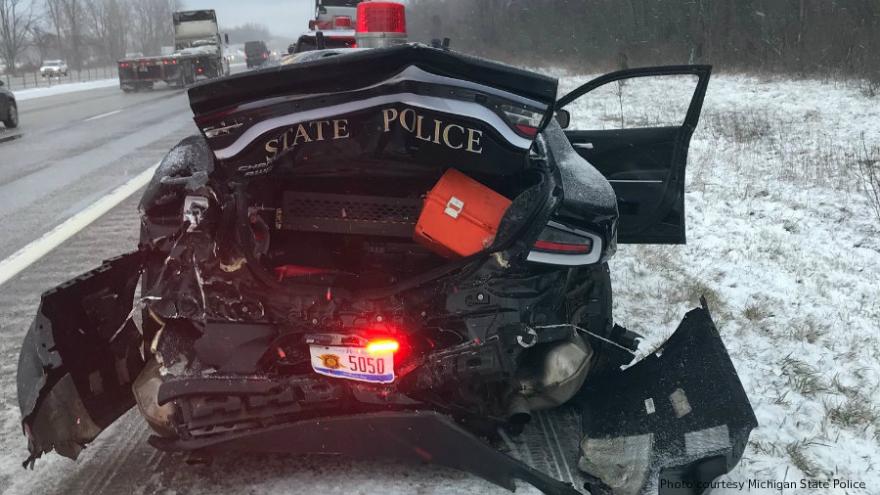 Several slide-offs were reported Wednesday morning on I-94 and U.S. 31 in Berrien County, including a crash involving a Michigan State Trooper, thanks to morning snow showers. 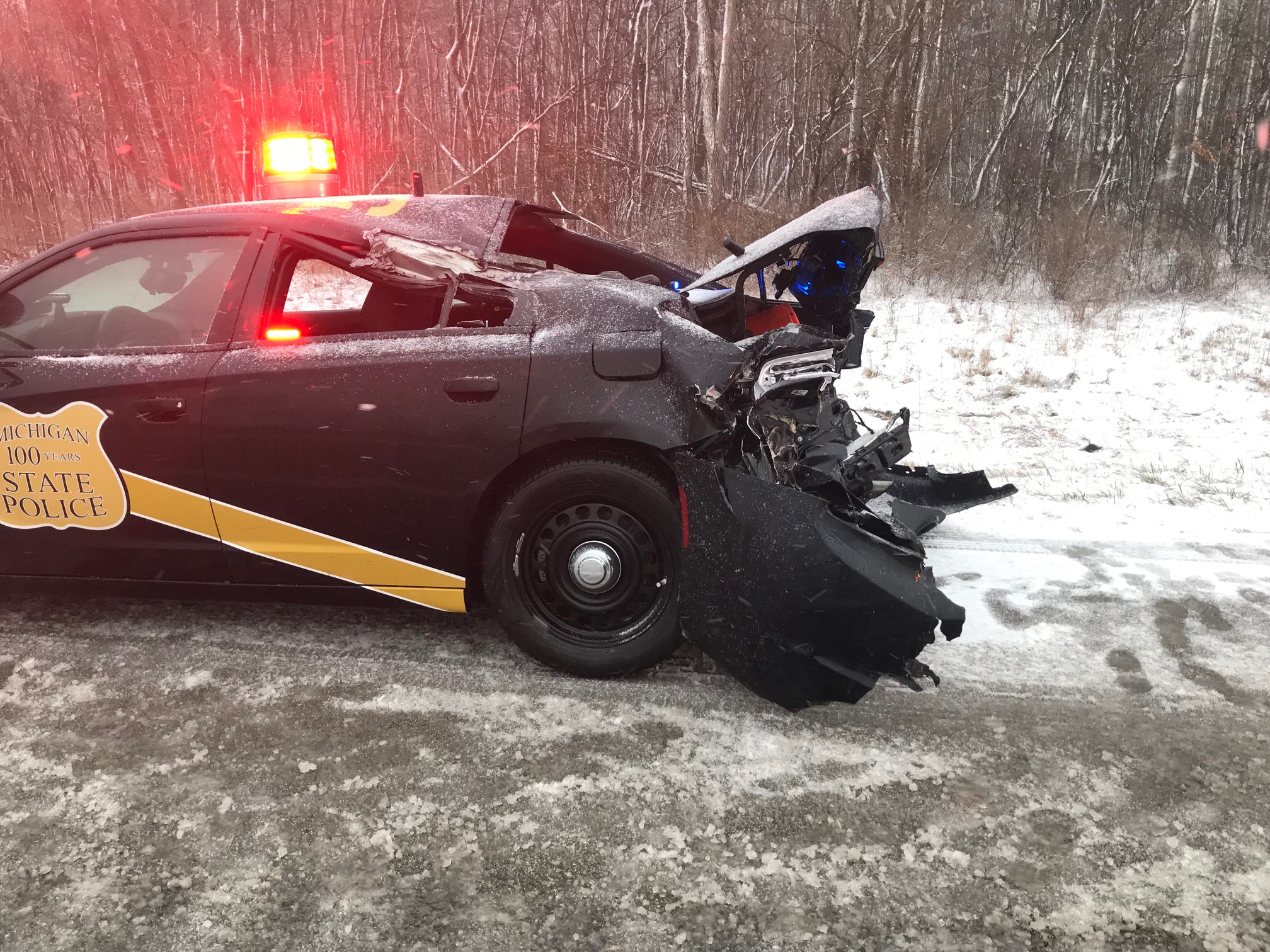 According to MSP,  the trooper's squad car was hit on I-94 in Benton Township. That call came in around 7:05 a.m.

The trooper was driving behind two plow trucks when his car was struck by a semi-trailer, which caused it to jackknife and hit the squad car a second time.

The trooper suffered minor injuries and was taken to Lakeland Hospital in St. Joseph for treatment.

Berrien County Dispatch says there were many other crashes scattered throughout the area, some of them closing roads.

Exit 23 on I-94 to Red Arrow Highway was closed due to a crash involving multiple vehicles and the Napier Avenue ramp to U.S. 31 was also closed due to a jackknifed semi-trailer which has since been cleared.

The Michigan Department of Transportation sent out plows to clear the snow-covered roads.

Mi Drive showing the plows out on state roads (not all state and contracted plows are connected to the site yet, but we'll keep adding more as resources allow). https://t.co/hpWyTSKC5Jpic.twitter.com/68RjSBqr4N

MDOT says to use extra precaution while driving in slick conditions.