Small plane crashes into a home near Midway Airport 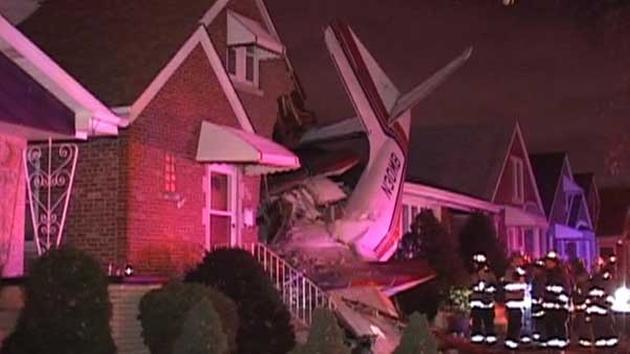 Chicago, IL -- A small cargo plane has crashed into a home near Midway Airport.

The Chicago Fire Department confirms the plane crashed into the home at 6511 S. Knox Avenue just before 3 a.m. this morning.

A neighbor reportedly helped to pull them from the house.

There was one pilot on board the plane. Firefighters have not been able to locate the pilot.

The plane crashed through the roof of the house and into the living room through to the basement.

There was no fire or explosion after the plane crashed.

Firefighters have not been able to enter most of the home because the building is unsafe.

The FAA says the Aero Commander 500 departed Chicago's Midway airport en route to Chicago Executive Airport in Palwaukee but the pilot reported engine problems just after take off and tried to return to Midway. The aircraft crashed about a quarter-mile from the end of Runway 31C.