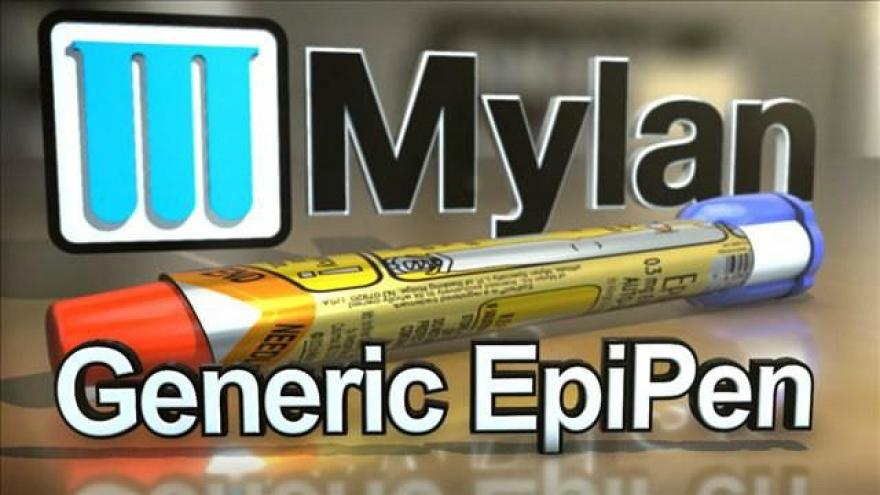 (CNN) -- Thirteen lots of Mylan's EpiPen and EpiPen Jr. are being voluntarily recalled by the manufacturer, the US Food and Drug Administration said Friday.

"This recall is due to the potential that these devices may contain a defective part that may result in the devices' failure to activate," the FDA said in a news release.

EpiPens are used to give an emergency injection of epinephrine to treat life-threatening allergic reactions.

The 13 lots of recalled EpiPens were distributed between Dec. 17, 2015, and July 1, 2016, the FDA said. Lot numbers of the affected devices can be found on the FDA website.

Consumers should contact Mylan at 800-796-9526 or customer.service@mylan.com with any questions. Meridian Medical Technologies manufactured the devices, which were distributed by Mylan Specialty, the FDA said.

EpiPens not included in the recall do not need to be replaced before their expiration dates, the FDA said.

Amid accusations of price gouging, Mylan CEO Heather Bresch testified before Congress in September. And in October, the company agreed to pay the US government $465 million after it was accused of falsely classifying the EpiPen to overcharge the Medicaid system.

In response, Mylan started offering $300 savings cards for patients who have to pay full price and began developing its generic spinoff.

About 15 million people have food allergies in the U.S., and allergic reactions account for about 200,000 emergency room visits per year, according to Food Allergy Research & Education.