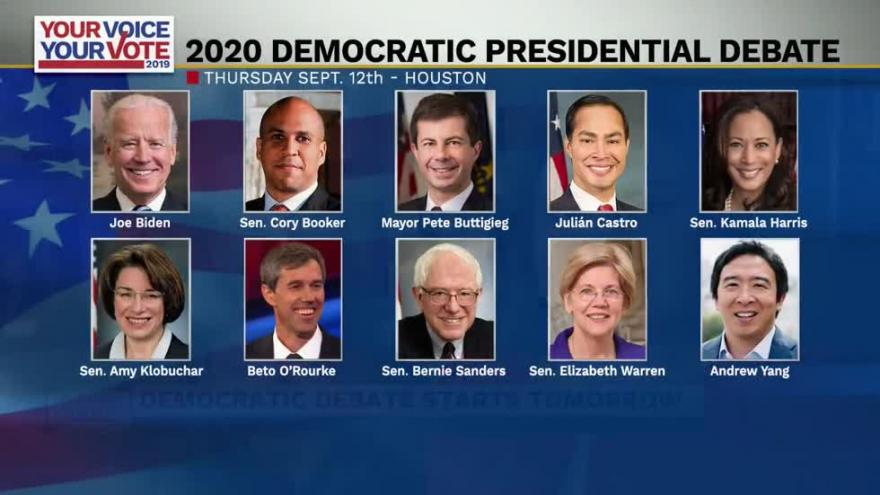 HOUSTON -- While many believe the sparring at Thursday night's Democratic debate means there are some cracks in the party, Democratic Party Chair Tom Perez said the candidates did exactly what they're supposed to do in a debate.

A few heated moments during the third Democratic presidential debate may have exposed some cracks in the party.

Half of the ten candidates sparred with each other on the debate stage.

Buttigieg was shot down by Castro.

After the debate, Democratic Party Chair Tom Perez said what voters saw on the stage was similar to the debate in 2008 between candidates Barack Obama and Hillary Clinton.

“Look at the history of debates. The Democratic and Republican side you have spirited debates. That’s what debates are about," Perez said.

Immediately after the candidates left the stage, reactions rolled in from congressional and local party leaders.

Texas Democratic Party Chair Gilberto Hinojosa released a statement that stated in part, “At the end of the day, we are a Democratic family. We will come together and defeat Donald Trump in November 2020.”

Beyond the spats, Perez says the candidates stuck to the issues.

“Serious disagreements about really critical issues at the end of the day we all came together and that’s exactly what we’re going to do again," Perez said.

Many of the candidates are headed to Washington DC this weekend for the Congressional Black Caucus.