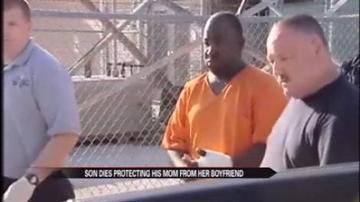 HOUSTON -- A teenager in Texas is dead after trying to save his mom as she was attacked by her ex-boyfriend.

Police say the woman had a bad break-up with her boyfriend a few weeks ago and he kept harassing the family.

The suspect came into their house and began stabbing her.

Her 16-year-old son jumped on his back to protect her.

"He tried to save his mom. Got stuck in the middle of it and it was his life for nothing," said neighbor Keith Dobson.

Police say McCarter admitted to the stabbing. He is charged with murder and assault with a deadly weapon.